From plastic to blankets, shirts: Group recycles trash from cemeteries 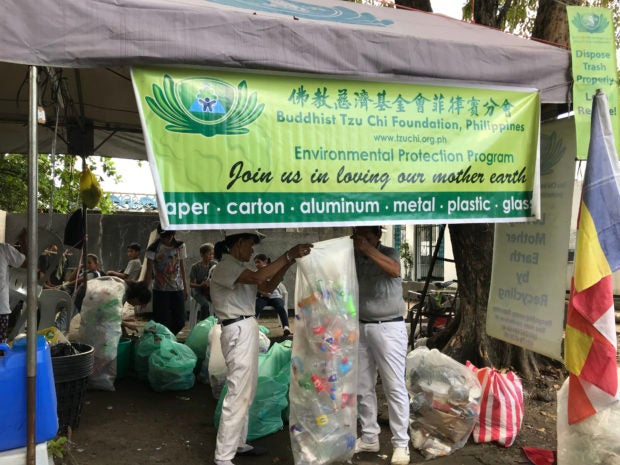 Volunteers of Tzu Chi Foundation collect sacks of plastic bottles in cemeteries and eventually turn them into blankets and shirts. INQUIRER.net/Daphne Galvez

While Filipinos would take every “Undas” as a chance to visit the grave of departed loved ones in cemeteries, this group has a different agenda.

For years, volunteers from the Tzu Chi Foundation, a Taiwan-based non-government organization that promotes environmental protection, collect sacks of plastic bottles in cemeteries during this season and later transform them to useable items.

By Friday, the group has already collected a total of 139 sacks of plastic bottles that would be delivered to Taiwan where they will be transformed into blankets and shirts.

According to Gorospe, the group was formed after the onslaught of typhoon “Ondoy” (international name: Ketsana). Ondoy pummeled Metro Manila and nearby areas in 2009. 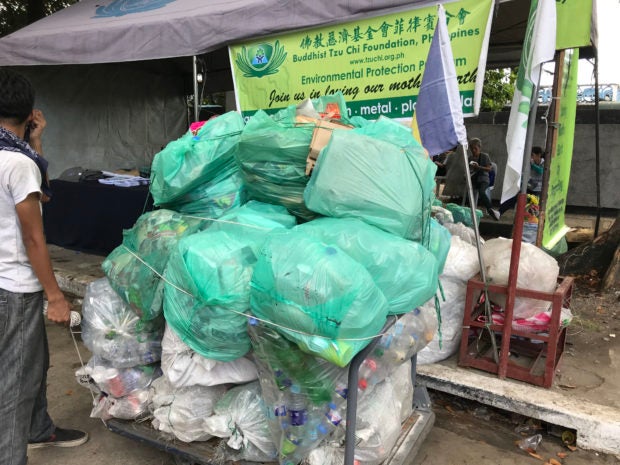 Volunteers of Tzu Chi Foundation collect sacks of plastic bottles in cemeteries and eventually turn them into blankets and shirts. INQUIRER.net/Daphne Galvez

Aside from blankets, Tzu Chi Foundation also produces uniforms for volunteers from the gathered PET bottles. Gorospe said about 60 bottles are needed to produce one shirt.

Gorospe said volunteers would usually collect those reusable items for eight hours a day from 8 a.m. to 4 p.m. in the cemetery. A team of volunteers is being deployed in every major cemetery in Metro Manila.

Meanwhile, Marissa Gelarzo, a commissioner of the NGO assigned at the Manila South Cemetery, said they have already collected a total of 172 sacks of plastic bottles, plastic cups, and cartons from the graveyard since October 31.

Gelarzo said they would sell the cartons and cans, which proceeds would later go to a fund that helps those in need in the Philippines.