A valley of solace for pet owners 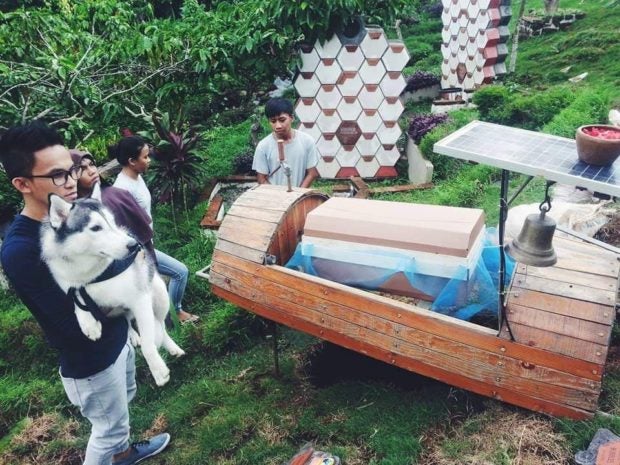 SILANG, CAVITE—Mervin Dumanat suffered from depression and his dog, Shadow, was there for him. Now Shadow is in dog heaven, leaving him to remember his loving Siberian Husky at a special pet cemetery 63 kilometers south of Manila.

Pet Valley Park and Crematory is a memorial to more than 6,000 pets, including the dogs of celebrities Sam Pinto, Ogie Alcasid, Francine Prieto, basketball player Danny Seagle and even Jovito Palparan, who is serving time for the kidnapping of two university students who remain missing.

“There was a time I was suffering from depression. Nobody from my family knew about it, but Shadow was there to listen. He never made me feel alone,” Dumanat said, reminiscing how Shadow helped him overcome his sadness over the loss of his other dog, 15-year-old Doffy, in 2015.

Dumanat, 32, was inconsolable after Shadow died of a disease similar to human leukemia on Aug 28. A video of him wailing in grief during Shadow’s burial touched the hearts of thousands of pet owners here and abroad and even those who had no pets.

“I was crying every day,” Dumanat, a call center agent, told the Inquirer. “It’s even harder than a breakup. We created a lot of happy moments. He was my everything.”

Writing on Facebook, he said some people have told him to “get another dog to move on, or it’s just a dog.”

“Clearly they never experienced yet what unconditional love means,” he said. 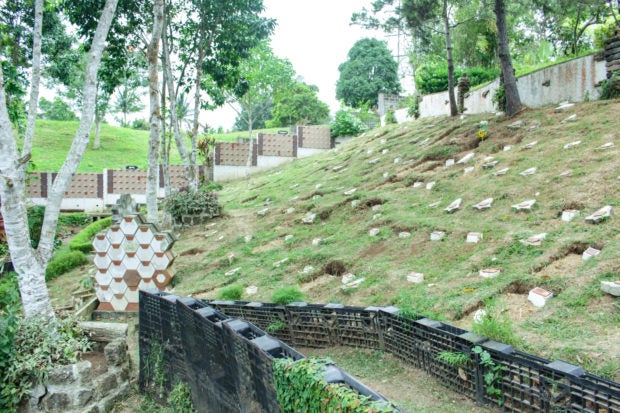 Dumanat said he would come to visit Shadow on Nov. 3 on his pet’s 6th birthday and also to light a candle for Doffy.

Workers in safari outfits take care of the 1.5-hectare cemetery in Silang, Cavite, that was established 12 years ago by veterinarian Manuel Reyes.

One of the dogs serviced by Reyes and his staff was a hero that had woken up his human family, saving them from a fire.

“There is something magical about dogs. They can cure anything. As I always say, ‘Dogs never bite me, only humans…,’” he said, quoting actress Marilyn Monroe.

Pet Valley provides 24/7 services, including transporting the remains of pets on its small blue cars, cleaning their bodies and burying or cremating them.

Dumanat feels at peace that his dogs are safe there.

On Friday, he will bring home another Siberian Husky from a family migrating to New Zealand who saw him grieving on television.

“I was crying in happiness, I still can’t believe (they want me to adopt the dog). It was like the film ‘A Dog’s Purpose’ … When I hugged him and looked him in the eye, he is like Shadow,” Dumanat said.

His new 10-month-old Husky will be named “Lumos,” a spell that means light in the Harry Pottter story. 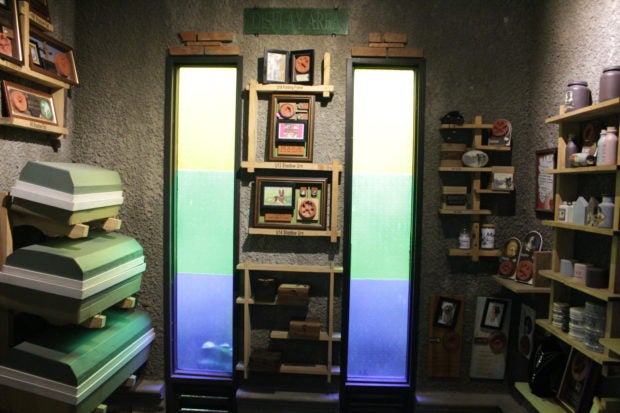 When the Inquirer visited the cemetery, Rose Anne and Ferry Cruz were waiting to bury Toni Moly, one of the couple’s 16 dogs, despite heavy rains from Typhoon “Rosita” (international name: Yutu).

Giving a proper burial to pets is paying respect to them,  Ferry said.

“They have served us, given their lives to us, and were a family to us,” he said.

“People can understand grief when you’re grieving for people. But very few understand that it’s the same, if not a heavier type of grief, when it comes to pets since they cannot easily share it with others,” she said.

However, just like humans, the more important thing is treating pets well when they are still living, not when they are already dead, she said.

Paws has its own memorial for pets, including dogs, rabbits and even a dolphin that are commemorated by their human “parents” on All Soul’s day. 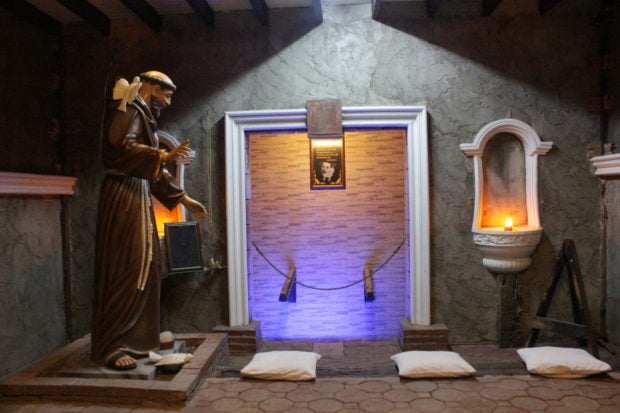 The memorial wall, mostly pictures of pets plastered on ceramic tiles, is a way for the pet owners to express their grief and pain.

Each tile has a dedication, some are brief sentences others are long poems, expressing devotion by the pet owners. Yearly on Nov. 1, the memorial wall is decked with flowers or the pets’ favorite stuff like shoes, balls and even hamburgers.

“When pet owners look for a burial place, I believe they are also looking for kindred spirits. When they talk to us, they know we know how it feels. They come here, they hug us. And they stay for a long time just telling the story of their pets and how much their pets mean to them. I think it’s what they came here for,” Cabrera said.

Johnny Ponce, who has worked at Pet Valley for eight years, said that for many, losing a pet is like losing a family member.

“You will feel their pain, their brokenness,” he said.

“Sometimes we get carried away when the owners cry,” he said. “Those who say these are mere animals, they have no respect. The moment you bring a pet to your home, they are already part of the family.”

Ponce said their clients come from all social classes. One flew in on a helicopter for the final viewing of his dog and others come as a family on rented jeepneys to commemorate their pets’ death anniversary, he said.