‘Back to Eden’ for Aeta resettled in Nueva Ecija 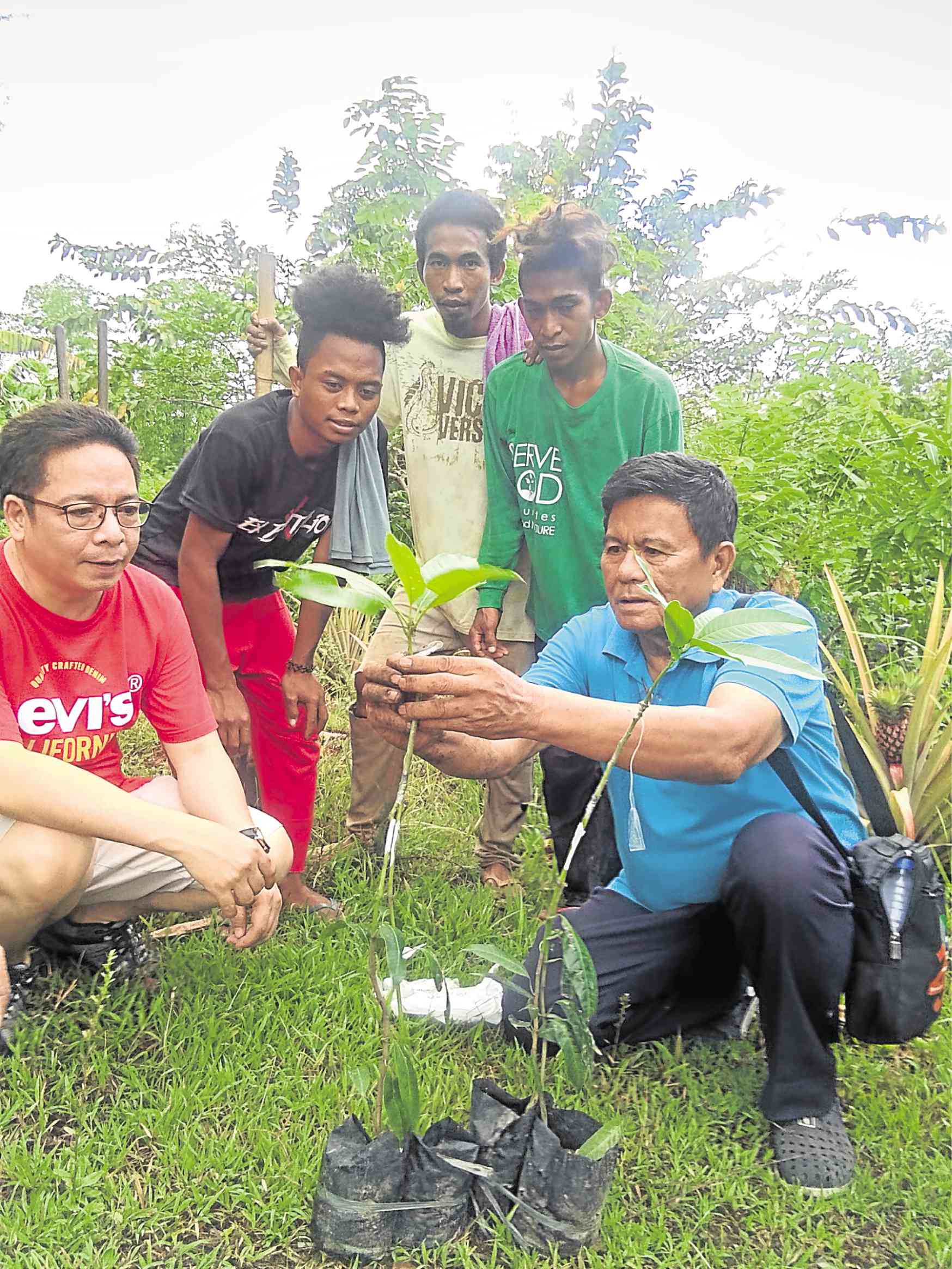 PALAYAN CITY—Rattled by the eruptions of Mt. Pinatubo in June 1991, 1,900 Aeta tribesmen agreed to resettle at Barangay Doña Josefa in this city, the capital of Nueva Ecija province.

A community with core houses was set up for them. Farmlands were also segregated for their food and livelihood sources.

A part of the barangay, Sitio Bacao, which is within the military reservation of Fort Magsaysay, was chosen as a community for about 1,000 families.

A 1,000-hectare land was designated for development by the tribesmen under a special arrangement signed by Brig. Gen. Orlando Soriano, former commander of the Army’s 7th Infantry Division, and then Bishop Sofio Balce of the Diocese of Cabanatuan.

Both men had shown abiding concern for the ecosystem and envisioned a “Garden of Eden” for the resettled Aeta.

Fr. Apollo de Guzman, then head of the diocesan Tribal Filipino Apostolate, was the designated point man to lead the development, but most of the tribesmen were welcomed by what seemed to be a wasteland.

“They said there were no taro and sweet potato plants and forest trees in the place,” said Lolita Soria, 60, one of the resettled Aeta.

“That’s why many left and returned to Zambales,” she added.

According to Soria, root crops were part of their diet and the forest products gave them livelihood. Only a sprinkling of “alibangbang” trees and a vast cover of cogon and “talahib” (grass) abounded in their new home.

“But we never tired of picturing to them that the area could be turned into their Garden of Eden,” De Guzman said. “Four pastoral nuns stayed with them to help them. The diocese also contributed some provisions for their needs, including food, through donations worked out for them.”

Sitio Bacao could be considered an Eden. It has a river, lagoons and two waterfalls upstream that can provide the very important need of growing plants. Although Bacao has a mountainous terrain, it has sufficient flatlands for growing rice, corn, vegetables and root crops.

A turnaround took place in 2015 when the nonstock, nonprofit organization Bacao Ecological System and Technologies Inc. (Besti) was formed through the initiative of Fr. Chito Beltran, De Guzman’s replacement.

Besti initiated a reforestation project with the help of the Department of Environment and Natural Resources.

The Aeta community helped plant these trees on 800 ha of land. The cogon and talahib were cut down for roofing materials. The remaining 200 ha were reserved for fruit trees and for growing rice, corn and vegetables.

Beltran said the Aeta have been harvesting and selling string beans grown in their communal gardens, earning at least P200,000. They have started to grow tomatoes and chili pepper plants, and sell these at the churchyard on Sundays and in various markets on weekdays.

Eugene Baltazar, director for extension services of the Central Luzon State University in the Science City of Muñoz, said they have developed a five-year plan for improving the lives of Bacao residents. “It will be developed as an ecotourism showcase,” Baltazar said.

The Department of Public Works and Highway promised to improve the road leading to interior Bacao, while Bernardo Dizon, a fruit botanist, was invited to introduce foreign varieties of mango.

Experts have been concerned about malnutrition in the community. “A solution is a milk feeding program under the sponsorship of the Department of Social Welfare and Development and the Philippine Carabao Center. But for the longer term, dairy carabao raising will be introduced to the Aeta farmers in the place,” Baltazar said.