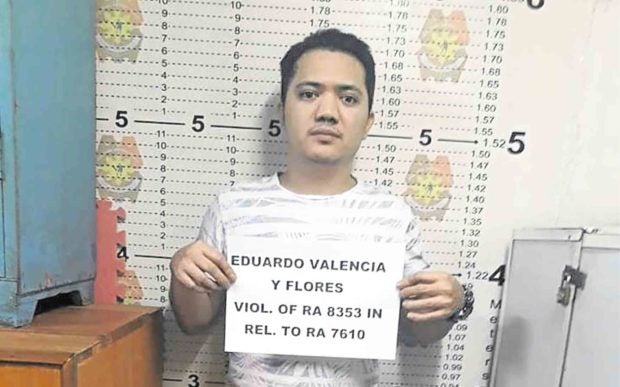 A child rights group called on the government on Thursday to ensure that children’s rights and welfare are diligently protected and not turned into collateral damage in the government’s campaign against illegal drugs.

The Child Rights Network (CRN) was reacting to reports that a policeman raped a 15-year-old daughter of drug suspects in exchange for their freedom.

“We call on the government to not only thoroughly investigate the crime and obtain justice for the child, but also acknowledge that the war on drugs only exposes children to grave danger because of the abuses by people in authority that go unchecked,” the CRN said in a statement.

The child rights group said that the recent rape case involving a police officer highlights the dangers for children when child violence is perpetrated by the very same people who are supposed to protect them.

READ: Albayalde: ‘No mercy for cop accused of rape if found guilty’

The CRN also urged law enforcement agencies to purge their ranks of abusive officials and focus on increasing their capacity to protect citizens, especially the children.

“No commitment is better articulated than bringing to justice these predators in uniform and having a more child rights sensitive approach to law enforcement,” the CRN said.

Moreover, the child rights group has called on lawmakers to prioritize bills that seek to raise the minimum age of consent from 12 years old to at least 16 years old, saying that this would protect more children from abuse.

“We also call on our lawmakers to prioritize pending bills that seek to raise the minimum age to determine statutory rape from the current 12 years old to at least 16 years old. Doing so would protect more children from child rape, and arm our justice system with vital powers to bring justice to abused children,” CRN wrote.

Initial investigation revealed that on Oct. 25, Manila Police Officer 1 Eduardo Valencia solicited sex from the child in exchange for the release of her parents who were arrested for drug-related cases.

Valencia was supposed to escort the child home from the police station, but instead brought her to a motel in Sta. Mesa, Manila where the crime took place.

Valencia will also face a criminal charge of rape under Republic Act No. 7610, or the Special Protection of Children Against Abuse, Exploitation and Discrimination Act.  /jpv