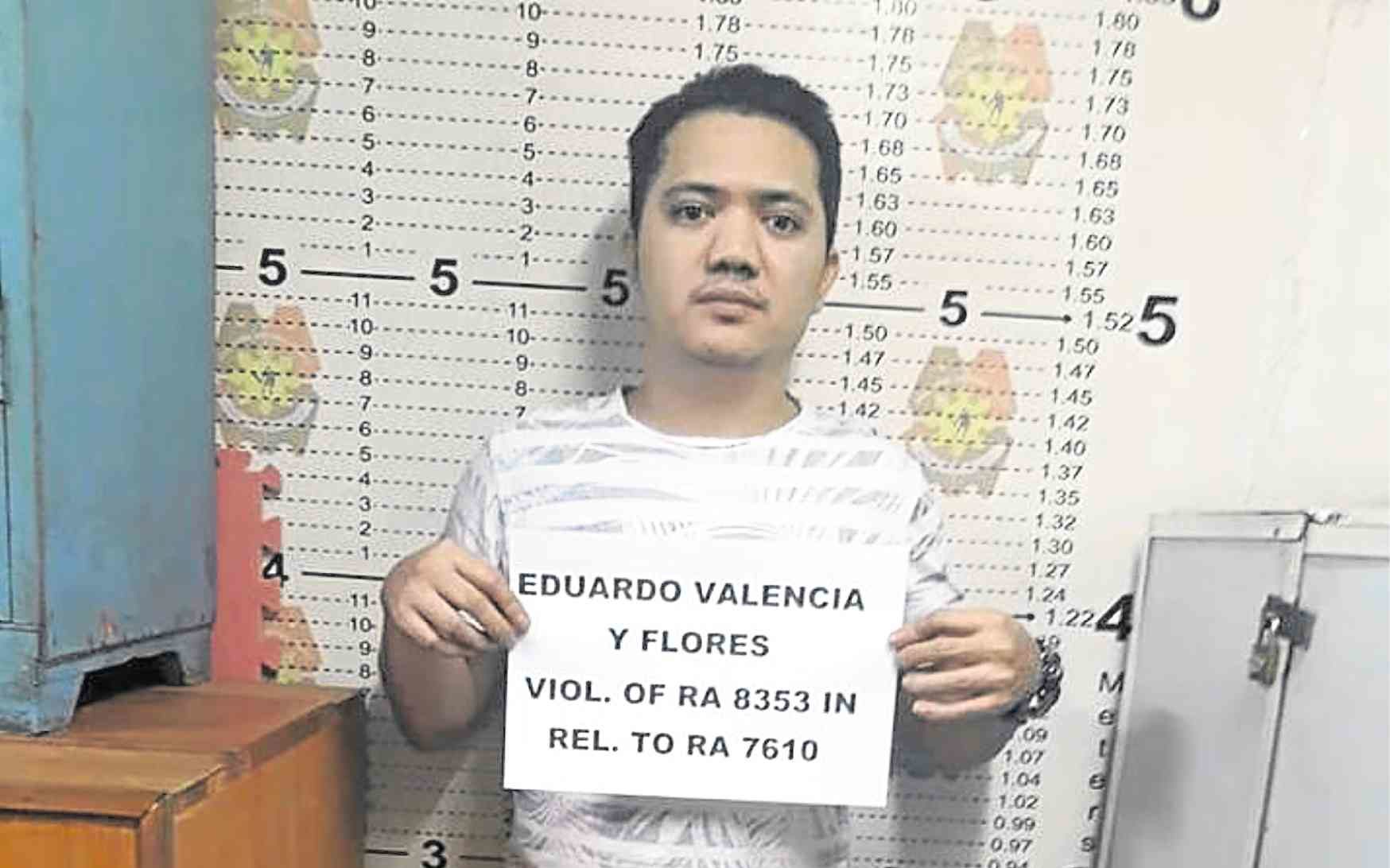 The 15-year-old girl who accused PO1 Eduardo Valencia of rape has said that the Manila policeman made two “indecent proposals” in exchange for freeing her and a relative.

In an affidavit filed in the Manila Prosecutor’s Office on Oct. 28, the minor said the first proposition involved Valencia’s superior.

The girl alleged that when her parents were arrested for drugs at their house around 7 p.m. on Oct. 25, she and her aunt were also brought to the Manila Police District’s Sampaloc station.

According to her, the police separated her, her mother and aunt from her father.

They were then taken to a hut within the station compound where they were told that they would be included in the charges since their house served as a drug den.

Valencia then took the girl to a room to meet a man whom he introduced as his superior.

When questioned, the minor denied involvement in the drug trade, but the man told her that she might still test positive for drugs since she might have inhaled the fumes whenever her father used “shabu” (crystal meth).

On their way back to the hut, Valencia told the girl: “My boss likes you and if you want to be released with your aunt, you should agree to do what he wants. I know you know what I mean.”

She turned him down. Back at the hut, some policemen said they were taking her parents back to their house to take some pictures at the scene, leaving her with just her aunt.

According to the girl, Valencia started drinking liquor and asked her to join him, an invitation she accepted.

This time, the policeman had another proposition: If she wanted to leave with her aunt, she should go with him to his house.

The minor said she agreed out of fear and because she just wanted to get out of the place.

After the officers made her and her aunt sign some papers, which the girl said she did not read, they both got on Valencia’s motorcycle and left the police station.

Valencia first dropped off the aunt near their house and then took the girl to a motel in Sta. Mesa.

According to the rape complainant, they stayed there between 3 a.m. and 6 a.m. on Oct. 26, after which the policeman gave her P100 for her fare home.

Valencia, who is facing administrative and criminal charges, has denied the girl’s allegations.

In an interview, he accused the minor of framing him in retaliation for her parents’ arrest.

According to the officer, he has a 13-year-old son and raping a girl almost his son’s age was unthinkable for him.

Valencia remains in detention at the MPD headquarters while the girl’s parents are still being held at the Sampaloc station.