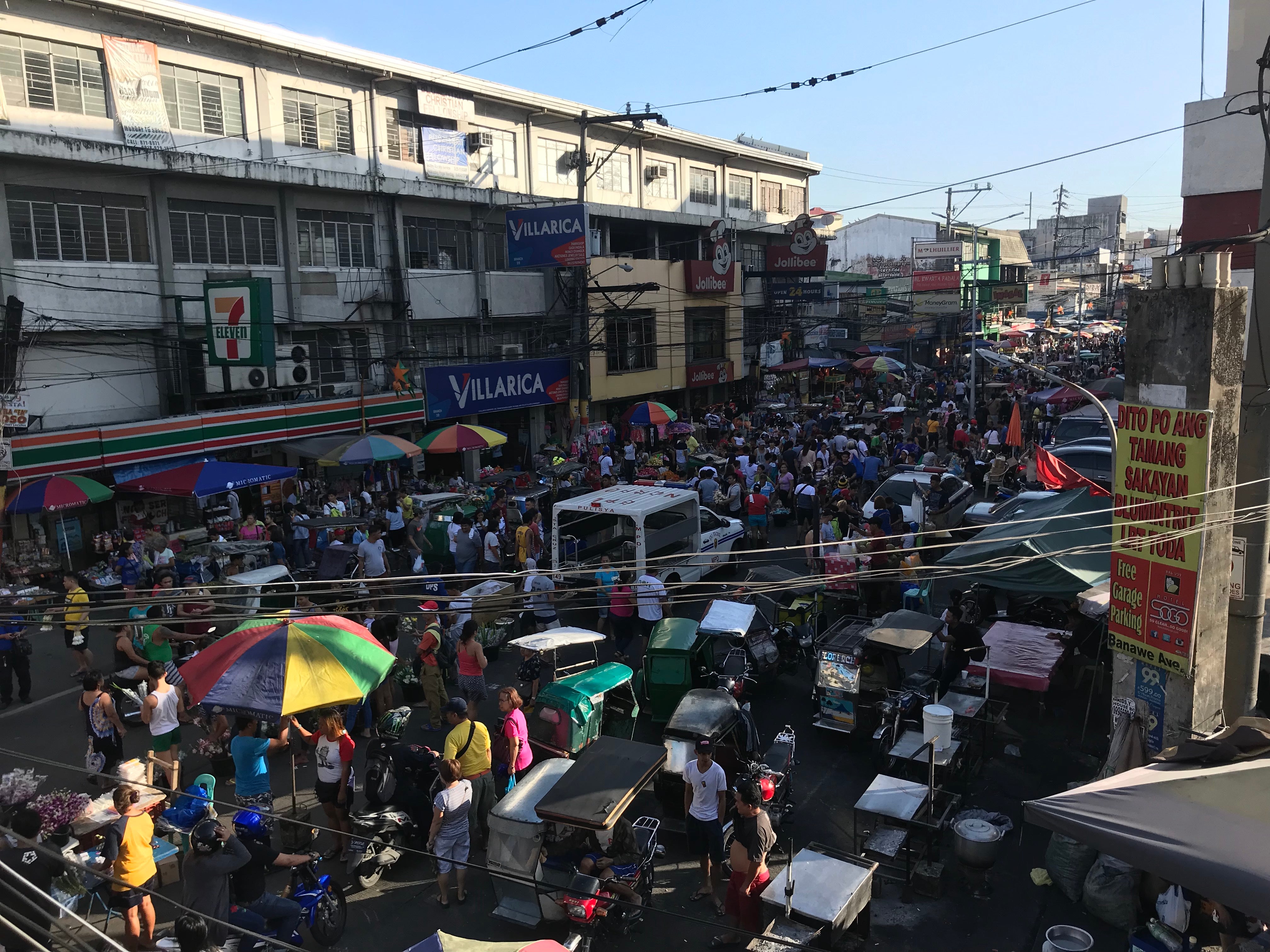 Thousands crowd the streets as they visit their departed at the Manila North Cemetery. Photo by Cathrine Gonzales/INQUIRER.net

Around 1.5 million visitors are expected to flock to the Manila North Cemetery on Wednesday to pay respects to their departed ones on All Saints’ Day, the ground commander of the Philippine National Police in the cemetery said.

Around 903,500 have visited the cemetery since 12 a.m. until 12 noon, while another 600,000 are expected to visit their departed within the day, Police Supt. Julius Caesar Domingo told INQUIRER.net.

(We expect around 600,000 more visitors, although it can possibly go higher or lower. We expect 1.5 million within the day, and possibly more.)

Domingo said the overall situation in the Manila North Cemetery is “generally peaceful,” although he noted that the police have confiscated some forbidden items from visitors.

He said they have confiscated two sachets of marijuana from a 16-year-old boy at around 4:30 a.m.

The suspect is now in the custody of the Police Station 3, although Domingo said they will consult the Department of Social Welfare and Development on what to do for the arrested minor.

Domingo also said that a confrontation erupted between visitors at around 9 a.m. due to the long queue at the entrance of the cemetery.

(The queue became too long because of the tight security earlier. We are still implementing the same level of security. Our security efforts are still tight.)

Domingo then reminded the public of the rules and regulations in the cemetery, including not bringing sharp objects, liquor, drugs, and pets.

He also advised the public to refrain from bringing their kids as they could be lost due to the huge volume of the crowd.