As rehab starts, evacuees reiterate call on gov’t to allow them to return home
Philippine Daily Inquirer / 05:06 AM November 01, 2018 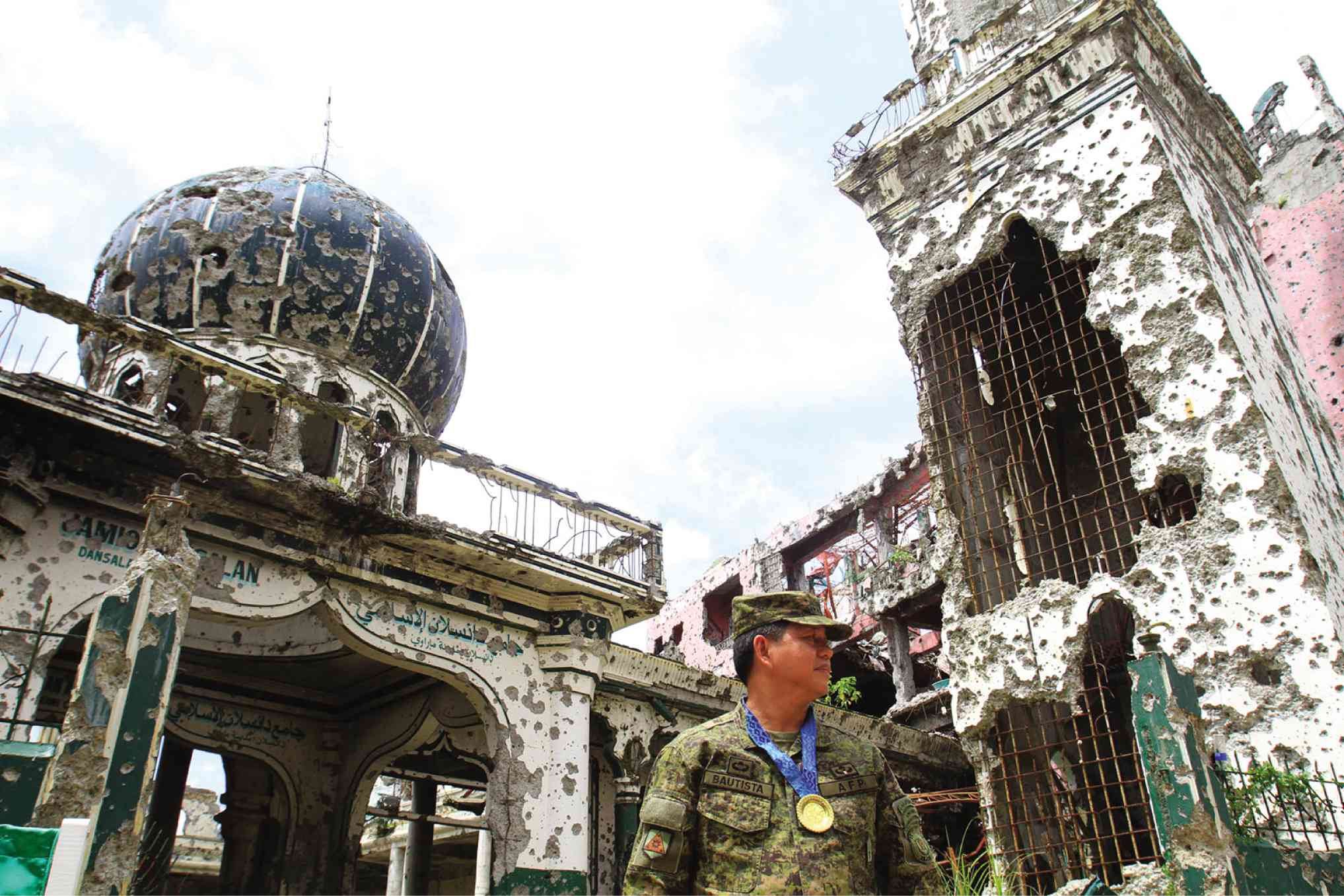 MARAWI CITY — Leaders of evacuees here expressed outrage not only over the delay in the rehabilitation of this Lanao del Sur provincial capital but also over the government’s indifference to their appeal to return home and take part in rebuilding program.

Aida Ibrahim, spokesperson for the Marawi evacuees’ group, Tindeg Ranao, and Drieza Lininding, chair of the Moro Consensus Group, were reacting to the statement of Housing Secretary Eduardo del Rosario that evacuees would only be allowed to go home after the city’s rehabilitation in 2022.

Islamic State-linked gunmen belonging to the Maute and Abu Sayyaf groups laid siege to Marawi in May last year and engaged government troops in a five-month fighting that destroyed the city’s business district.

During the groundbreaking rites for the city’s rebuilding on Tuesday, Del Rosario said evacuees had to get permits from the Marawi government before they build their houses.

“We welcome this development — to be allowed to build our own houses,” Lininding said. “But 2022? That’s too long for us to wait.”

“What we are demanding is that right after the debris clearing, we must be allowed to return and rebuild our houses. Rebuilding of public infrastructures and our houses should be done parallel to each other to ensure that our rights will not be violated,” he said.

Del Rosario, chair of Task Force Bangon Marawi, told reporters that the clearing and management of debris and the construction of a new road network would take about a year and six months.

“We will allow you to construct your houses and it will happen in the middle of 2020, provided you get your building permits from the Marawi City Hall,” Del Rosario told the displaced residents.

“You cannot construct a house without permit or registration from the city government,” he said. 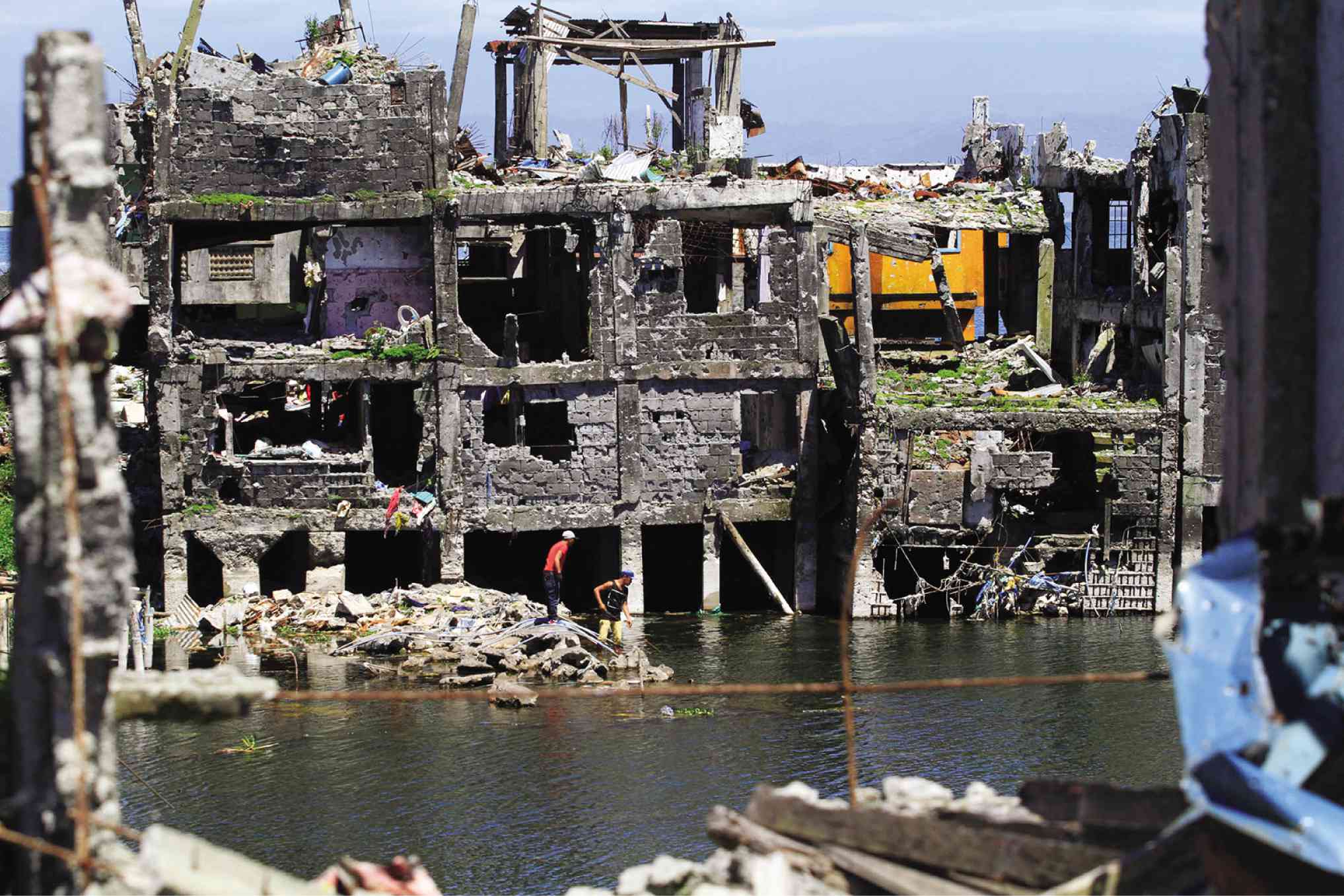 HOPE AMID RUINS Residents in 24 Marawi villages comprising the center of the five-month battle between Islamic State-linked gunmen and soldiers in 2017 are hoping to rise from the ruins as the government starts the city’s rehabilitation. —RICHEL V. UMEL

Lininding said they didn’t see any problem in getting permits as long as the process would be hastened. He also urged the government to clarify its position on the compensation and reparation bill in Congress.

“We hope these are not just empty promises but a real rehabilitation,” he added.

“It’s becoming clear that the government has no plan of responding to our calls to be allowed to return to our land and participate in the rebuilding,” Ibrahim said.

A report from the International Committee of the Red Cross on Oct. 23 showed that at least 65,000 evacuees had yet to return to Marawi.

The independent dialogue group, Marawi Reconstruction Conflict Watch (MRCW), welcomed the groundbreaking but urged the government “to go beyond its ceremonial gesture.”

“It had been disheartening and frustrating that more than a year after its declared liberation, Marawi remains beneath the rubble of destruction and desolation,” MRCW said in a statement.

“We call on the government to act beyond the ceremonial gesture of the groundbreaking and [fulfill] its promise to allow us to go home and rebuild our city the way it was built by our ancestors,” said the group composed of Marawi families and clans affected by conflict.

MRCW also called on President Duterte and leaders of Congress to expedite the passing of the Marawi compensation bill. —WITH REPORTS FROM GERMELINA LACORTE AND RICHEL UMEL