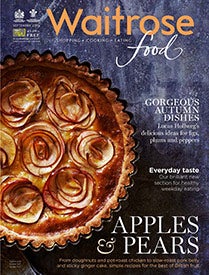 LONDON — The editor of a British food magazine has resigned after joking about running stories on “killing vegans.”

Waitrose Food magazine said Wednesday that editor William Sitwell had quit, adding that it considered this “the right and proper move.”

Freelance journalist Selene Nelson told BuzzFeed News that after she pitched a series of stories on vegan cooking to Waitrose Food, Sitwell replied with an email saying: “How about a series on killing vegans, one by one.”

Nelson said she was shocked by the remarks and found Sitwell’s attitude “seriously bizarre.”

The magazine is published by John Brown Media for supermarket chain Waitrose & Partners, which recently launched a new range of vegan dishes.  /kga