Fire in Tokyo area crowded with Halloween goers; no injuries 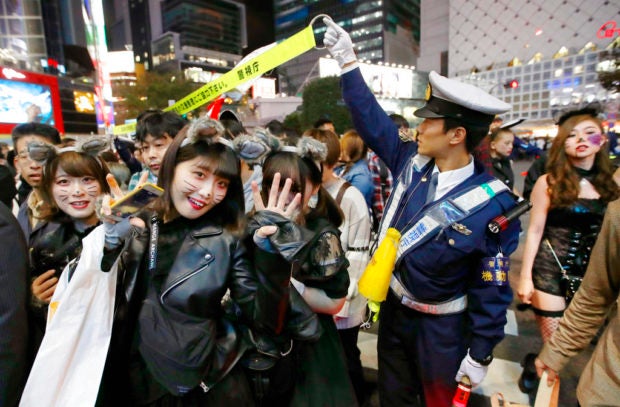 A police officer tries to control the traffic in downtown Tokyo on Halloween on Oct. 31, 2018.  AP

TOKYO — A fire broke out Wednesday in a building in downtown Tokyo in an area crowded with Halloween celebrants, paralyzing traffic, but no one was reported injured.

The Tokyo Fire Department said the fire started in a commercial building on a backstreet in the Shibuya district of shops and restaurants which was packed with people in costumes for Halloween night.

The fire department said there were no reports of injuries. It said the cause of the fire was being investigated.
NHK public television showed orange flames coming from a duct on top of the six-story building. A few firefighters were raised to the site on a ladder from one of the 16 fire engines sent to the area.

In recent years, Halloween has become highly popular in Japan among children as well as adults. Many shops are decorated with jack-o’-lanterns, bats and ghosts, while restaurants serve pumpkin items.

Shibuya is one center of the celebrations. Its main intersection was jam-packed Wednesday with people dressed as witches, zombies and comic and game characters. Hundreds of police were mobilized for security and crowd control. /ee