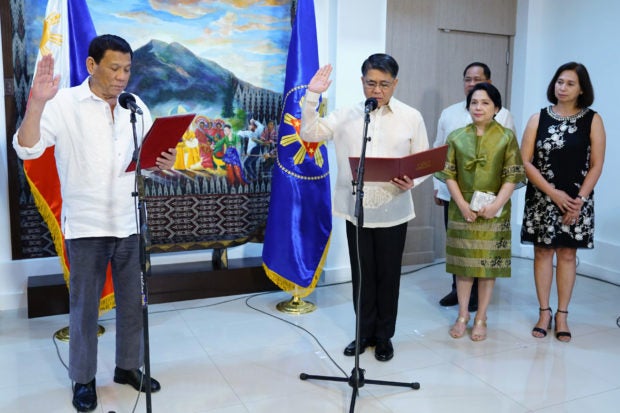 Guerrero took his oath in Davao City while Lapeña was sworn in at the Philippine Air Force Brigadier General Benito N. Ebuen Air Base in Lapu-Lapu City, Cebu. 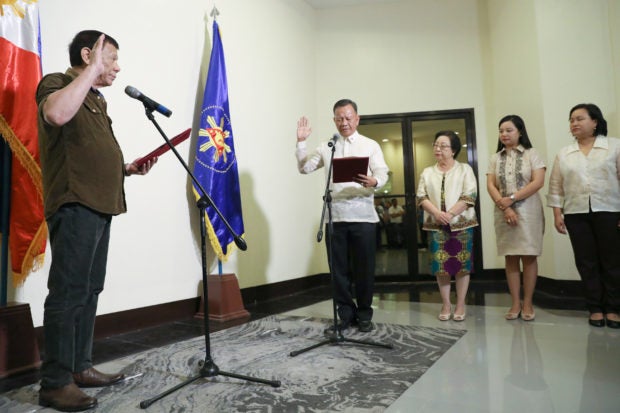 The President appointed Guerrero, a former administrator of the Maritime Industry Authority (Marina) and a former chief of the Armed Forces of the Philippines, as head of the Bureau of Customs (BoC) after he transferred Lapeña to Tesda. Lapeña was the former BOC head.

Lapeña, the President said will carry the rank of a Cabinet Secretary as Tesda head.

Lapeña came under heavy fire in the wake of the alleged smuggling of P11 billion worth of shabu that slipped past the port of Manila under his watch.

He has been accused of cover-up over the drug smuggling case at BOC but he said these allegations were part of a “well-funded and coordinated attack” against him.

The President however, has defended Lapeña and cleared him from the multibillion-peso drug smuggling in the agency, saying the former Davao City police chief was not corrupt.

In his marching order to Guerrero, the President ordered him to “double the zealousness” in cleaning the BOC of corruption.

The President  hailed Guerrero as a “good” and ” honest” man in leading the Customs.

“Si Jagger (Guerrero’s nickname) naman I have known him for several years and he is good…he is honest. So sabi ko sa kanya, to protect yourself, paalisin mo lahat,” he said.