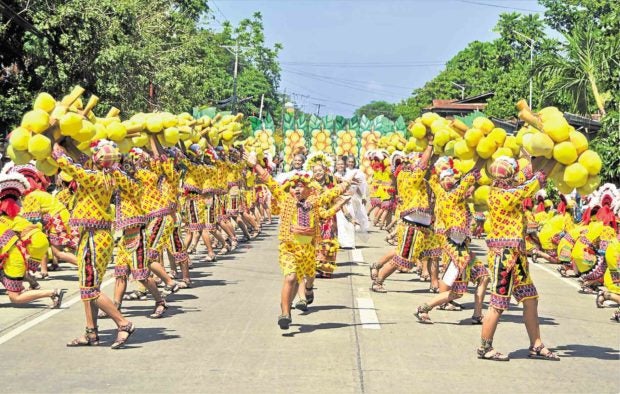 ISLAND FRUIT Members of a street dancing troupe perform for the crowd during the 39th Lanzones Festival at the capital town of Mambajao in Camiguin. This island province in Northern Mindanao is marketing its lanzones as the sweetest variety in the country. —JIGGER J. JERUSALEM

MAMBAJAO, Camiguin — Officials in this island province have ordered that all lanzones going out of Camiguin should be put in boxes that bore the name of the province.

Camiguin, which is celebrating its monthlong Lanzones Festival, has been known for its distinctly sweet lanzones, owing to its fertile volcanic soil, where the fruits thrive.

Starting this year, the boxes of the fruits that will be shipped out of the island will be marked with “Camiguin Lanzones,” said Mambajao Mayor Jurdin Jesus Romualdo. “This is to make our lanzones stand out,” he added.

The provincial board approved on Aug. 31 an ordinance that provided for the development, protection and promotion of lanzones production in the province.

Romualdo said the branding would help Camiguin maximize the market potential of its lanzones.

Before the festival, truckloads of lanzones in boxes that bore the shape of the island and the words “Camiguin Lanzones,” were delivered to other parts of the country.

Now on its 39th year, the Lanzones Festival celebrates the harvest of the fruit which has been in abundance in Camiguin.

Lanzones here tastes sweeter, said Renero Torion, the provincial agriculturist, due to the island’s volcanic soil. About 2,000 hectares of land, mostly on the island’s elevated areas near and around its 13 volcanoes, are planted with lanzones. 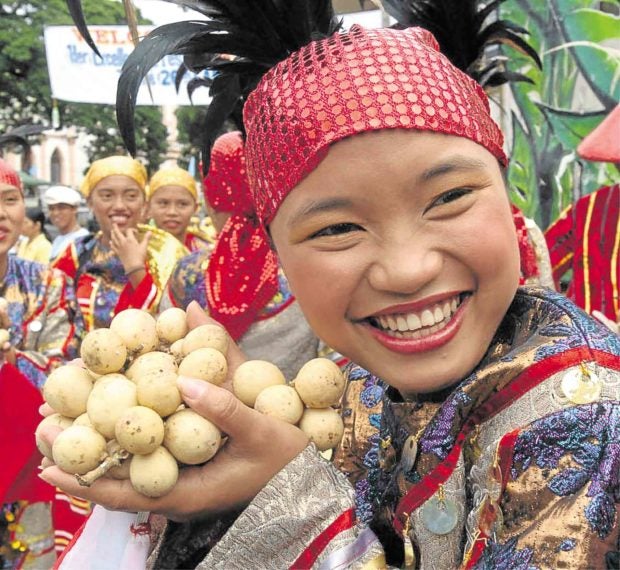 Tourists make sure to bring home lanzones after a visit to Camiguin. —EDWIN BACASMAS

Camiguin has also successfully crossbred a new lanzones variety called “camlong” (from Camiguin and Longkong) which the island will promote alongside the native variety.

One of the highlights of the festival is the street dancing competition where contingents from the province’s five towns participate. The competition depicts the folklore surrounding the abundance of lanzones on the island.