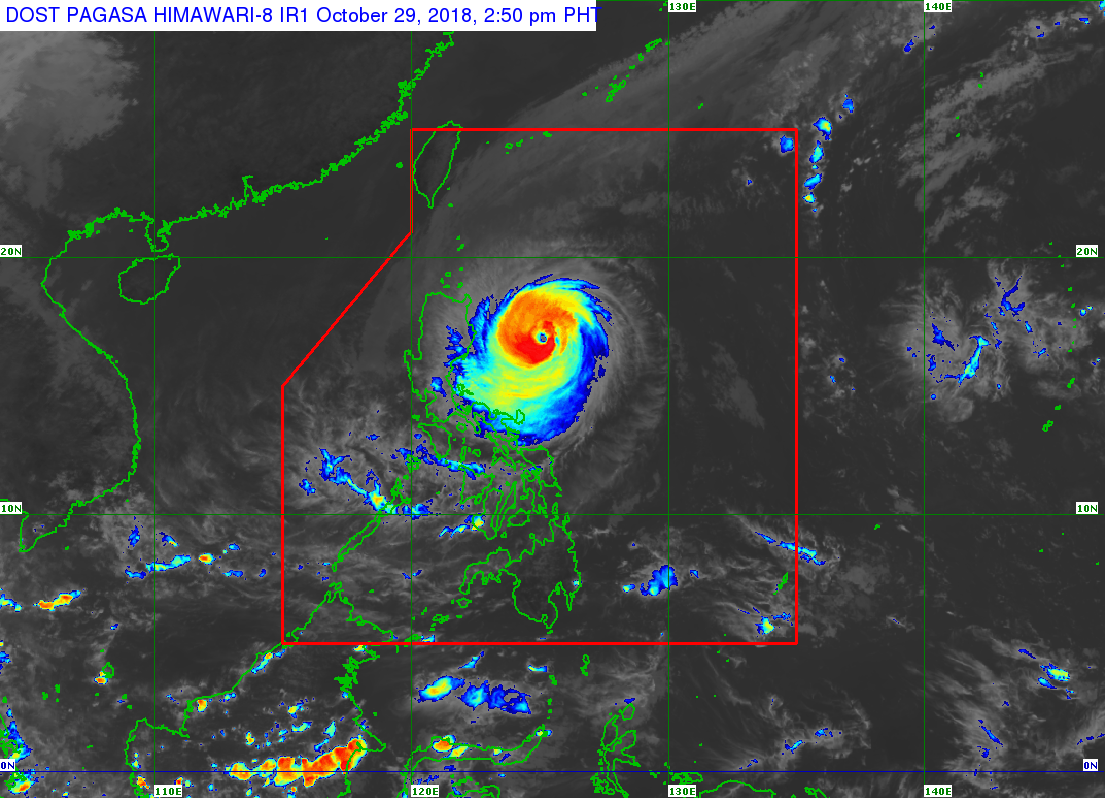 Typhoon “Rosita” (international name: Yutu) has maintained its strength but slightly slowed as it continued its west-southwest track to Isabela-Aurora area, the state weather bureau said on Monday.

In its 2 p.m. severe weather bulletin, the Philippine Atmospheric Geophysical and Administration (Pagasa) said that Rosita packed maximum sustained winds of 150 kilometers per hour (kph) and gusts up to 185 kph.

The typhoon was last spotted at 355 km east-northeast of Casiguran, Aurora, as of 1 p.m., moving in a west-southwest direction with a speed of 15 kph.

READ: Signal No. 3 in 3 areas as weaker ‘Rosita’ moves closer to Luzon

Moderate to heavy rains are expected over Northern and Central Luzon starting Monday night due to the typhoon, Pagasa said.

Residents in these areas, especially those living near river channels, in low-lying areas, and mountainous areas, are advised to take precautionary measures against possible flooding and landslides.

Rosita entered the country on Saturday and Pagasa said it may exit the Philippine Area of Responsibility by Wednesday evening (Oct. 31).

The state weather bureau said that storm surges of up to 3 meters is possible over the coastal areas of Isabela, Cagayan, Aurora, Ilocos Sur, Ilocos Norte and La Union.

Fisherfolks and those with small sea vessels are then advised not to venture out over the seaboards of areas with Tropical Cyclone Warning Signals and eastern seaboards of Southern Luzon, Visayas, and Mindanao. /je