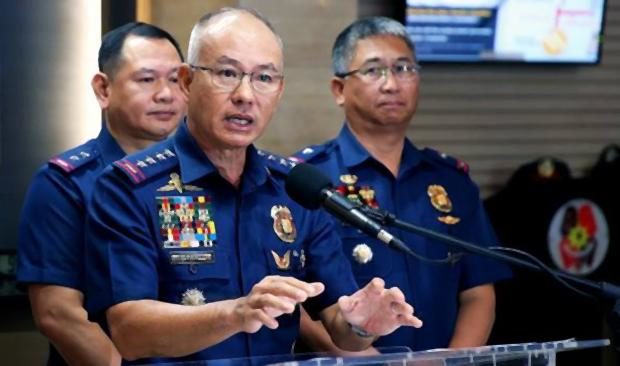 Philippine National Police (PNP) Chief Director General Oscar Albayalde said Monday that he has ordered the six policemen linked to the alleged smuggling of P11-billion worth of “shabu” to face the probe being conducted by the National Bureau of Investigation (NBI).

“I have directed the Criminal Investigation and Detection Group and the Director for Personnel and Records Management to ensure the availability of six dismissed and active PNP personnel to face investigation by the National Bureau of Investigation,” he said in a press briefing.

According to Albayalde, the six policemen once belonged to a single unit in the PNP.

Of the six police officers, only Acierto has been dismissed from service, he said.

Jimmy Guban, former intelligence officer at the Bureau of Customs, earlier revealed it was Acierto who informed him about the shipment before it arrived in the country. He said Acierto knew that the magnetic lifters later seized in a warehouse in Cavite in August contained illegal drugs.

Albayalde said he has also ordered the Internal Affairs Service of the PNP to conduct an investigation on whether or not there is probable cause to file administrative cases against the active policemen.

He said the six were linked to the alleged smuggling of the multi-billion worth of illegal drugs based on Guban’s testimony and the investigation of the Philippine Drug Enforcement Agency and the PNP. /je