One contest enough to unlock chest of classics by ‘Mr. C’ | Inquirer News

One contest enough to unlock chest of classics by ‘Mr. C’ 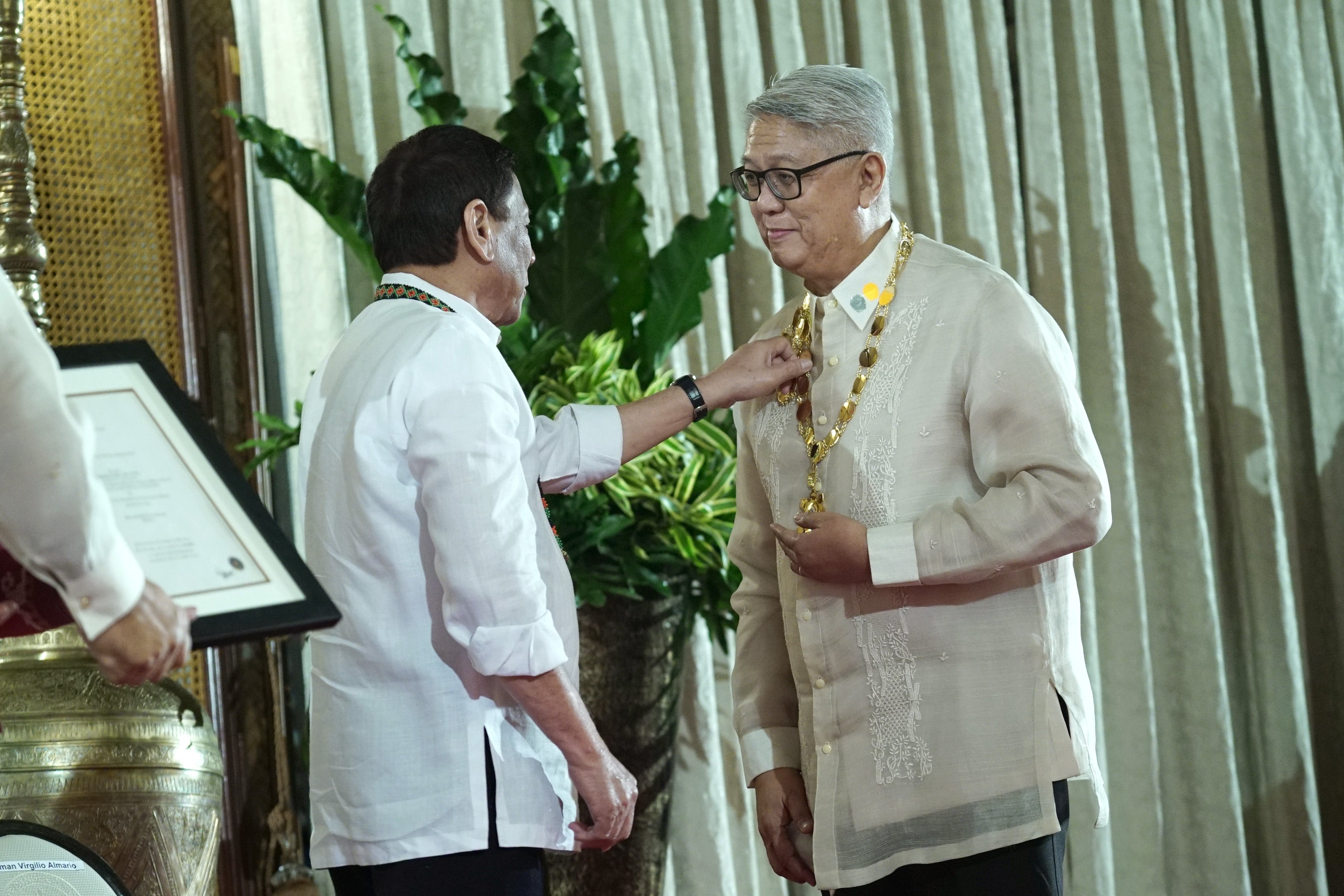 The piece was “Kay Ganda ng Ating Musika (Our Music Is Beautiful),” which stood out in a crowded field of 14 songs that included other future classics as Freddie Aguilar’s “Anak,” Heber Bartolome’s “Tayo’y Mga Pinoy” and “Narito Ako” by Dero (Nonong) Pedero.

And the composer, who emerged from that awards night P30,000 richer, was Ryan Cayabyab.

Forty years later, he got another award, the prized recognition as a national artist for music.

Conferred by President Rodrigo Duterte on the recommendation of the National Commission for Culture and the Arts (NCCA) and the Cultural Center of the Philippines (CCP), the Order of National Artists is the highest recognition bestowed by the nation to Filipino artists who have made significant contributions to the development of Philippine arts and culture.

Cayabyab was described as having a style that spans a wide range of genres, from religious music to concertos to popular music for the recording industry, as well as theater, dance and film.

His compositions, the NCCA said, “extol the exuberance of life and human happiness, thus capturing the very essence of our Filipino soul.”

His peers in the music industry believe the recognition as national artist is long overdue, given his varied and extensive body of work, his many years as a professor at the University of the Philippines’ College of Music and his continuing enthusiastic efforts to encourage a new crop of young songwriters to add their own songs to the country’s bank of original music.

Cayabyab, who is well known for his humility and joie de vivre as much as for his uncommon talents as a singer, pianist, composer, arranger, film scorer and conductor, however, is simply grateful for receiving the prestigious award.

He dedicates it to all of his students, whom he describes as the present and the future of the music industry; his mother, Celerina Pujante Cayabyab, who was an opera singer, a musician herself, who dissuaded him from taking up music (on her deathbed, knowing how difficult life is for a musician); and to his family who are all musicians — his wife Emmy, daughter Krina and son Toma.

Cayabyab is not about to rest on his considerable laurels, and is raring to invest even more of his time and energy in education and creation of original Filipino music.

It is a prospect that fills him with excitement.

There has never been a time, he says, when writers of original Filipino music have doubled or tripled in number and in so short a time, thanks to advancements in technology that make it easier to produce music and put it on the internet; national songwriting competitions and camps such as the Elements Music Camp, Himig Handog and the Philippine Popular Music Festival.

The maestro is heartened by this development. With these new songwriters, he says, lies the future of the industry, on which he put an indelible stamp that fortuitous evening in 1978 that he remembers as clearly as if it were yesterday.

Cayabyab admits sheepishly that he wrote that song with the singular goal to bag the grand prize. Thinking that since it was the first Metropop, the judges would like a song that talked about the beauty of Filipino music. He then combined the lyrics with a lush arrangement to stand out from the competition.

And to further increase his chances, Cayabyab enlisted the help of his friend and colleague Hajji Alejandro, the original “Kilabot ng mga Kolehiyala” and the artist with the voice and style that he felt the composition needed to come to life.

Alejandro told the Inquirer in an interview that he could not believe that it had been 40 years since they won the grand prize for the anthemic “Kay Ganda ng Ating Musika.”

“Ang babata pa namin noon (We were so young then)!” said Alejandro, adding that he would be “forever grateful” to Cayabyab for choosing him to interpret the OPM classic.

“Congratulations to Ryan for a well deserved recognition as national artist. His immense contribution to Filipino music is priceless. I’m so proud and happy for him,” he added.

Cayabyab first broke into the mainstream music industry in 1974, when he composed the melody of a song (“Chewing Gum Charlie”) used in a television special featuring Celeste Legaspi, one of his closest friends and a colleague at Ambivalent Crowd, of which he was the musical director.

The next year, the tune was awarded best song for a TV special, surprisingly winning over Lucio San Pedro’s “Sa Ugoy ng Duyan.”

That win made the industry take notice of the talented Cayabyab, who would go on to become a sought-after arranger, musician, musical director and songwriter, initially for contemporaries and friends who charted their own successful careers as solo artists.

These include the revered Basil Valdez, who interpreted Cayabyab’s first commercial hit, “Paraisong Parisukat.” It was the first song of his that he ever heard on the radio, and was used as the theme for the movie “Masikip Maluwang Paraisong Parisukat” starring Alma Moreno and Christopher de Leon, and directed by Elwood Perez.

Cayabyab would collect an enviable bevy of awards throughout his 44 years in the music industry, including the 1996 Lifetime Achievement Award from the Awit Awards, 1998 Professional Award in Music given by the UP Alumni Association to the 2004 Gawad CCP Award.

His badly missed and critically acclaimed television show, “Ryan Ryan Musikahan,” received 14 awards such as best show host and best television musical show. He has also collected some 20 awards for his commercial records from different organizations.

Cayabyab is also particularly proud about receiving, in 2013, the Pro Ecclesia et Pontifice — the highest papal award for the laity — from Pope Francis for his extensive body of work with a strong religious theme such as Magnificat, Lorenzo the Musical and seven masses.

At 64, he can very well afford to retire, but his calendar remains full, with a good portion of his time devoted to nurturing and discovering new singing and songwriting talent.

It is a great responsibility he takes seriously and with a passion that has not diminished in more than 40  years. It is the least he could do, Cayabyab says, to give back to an industry that has given him and his family so much.