Lacson: Sotto and I deserve apology from De Lima over IPU issue 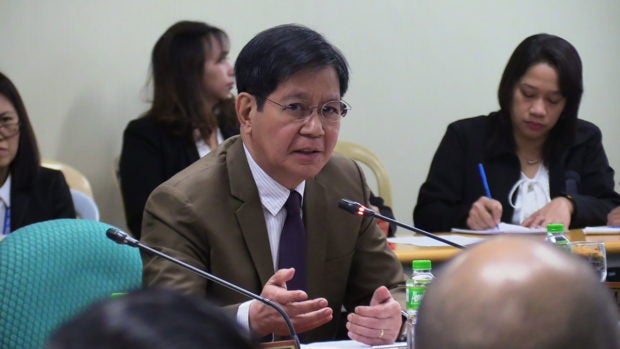 Sen. Panfilo Lacson said on Saturday that he and Senate President Vicente Sotto III deserve an apology from Sen. Leila De Lima, who said she was “disappointed” over their disapproval on the recommendations of the Inter-Parliamentary Union (IPU) on her situation in relation to her drug charges.

De Lima earlier flagged Lacson and Sotto for disagreeing with the recommendations of the IPU asking the Supreme Court to grant her an occasional legislative furlough.

“I think Senate President Sotto and I deserve an apology from her. Kasi unang-una bakit selective?” Lacson said in an interview with AM radio station DWIZ.

[Our statements are the same. Why is she hitting only me and Senate President Sotto?]

Lacson earlier said the IPU should know how to respect a sovereign state.

He also revealed that he was about to push for a move for the detained senator to be able to participate in committee hearings and interpellations in the plenary through a teleconference.

But De Lima will not be able to vote on some matters since the Senate rule forbids a senator physically absent during proceedings to do so.

Lacson said, howver, that he was having “second thoughts” if he should continue his plan after De Lima issued the statement against him and Sotto.

But asked if he would reconsider pushing for the teleconference if De Lima woul dapologize, he said: “ Absolutely.”

[Now if she does not apologize, I’m sure it won’t push through. But I will rethink the position, since Senate President Sotto might have a hard time on it too, as he himself was dragged into the criticism by De Lima.] /atm