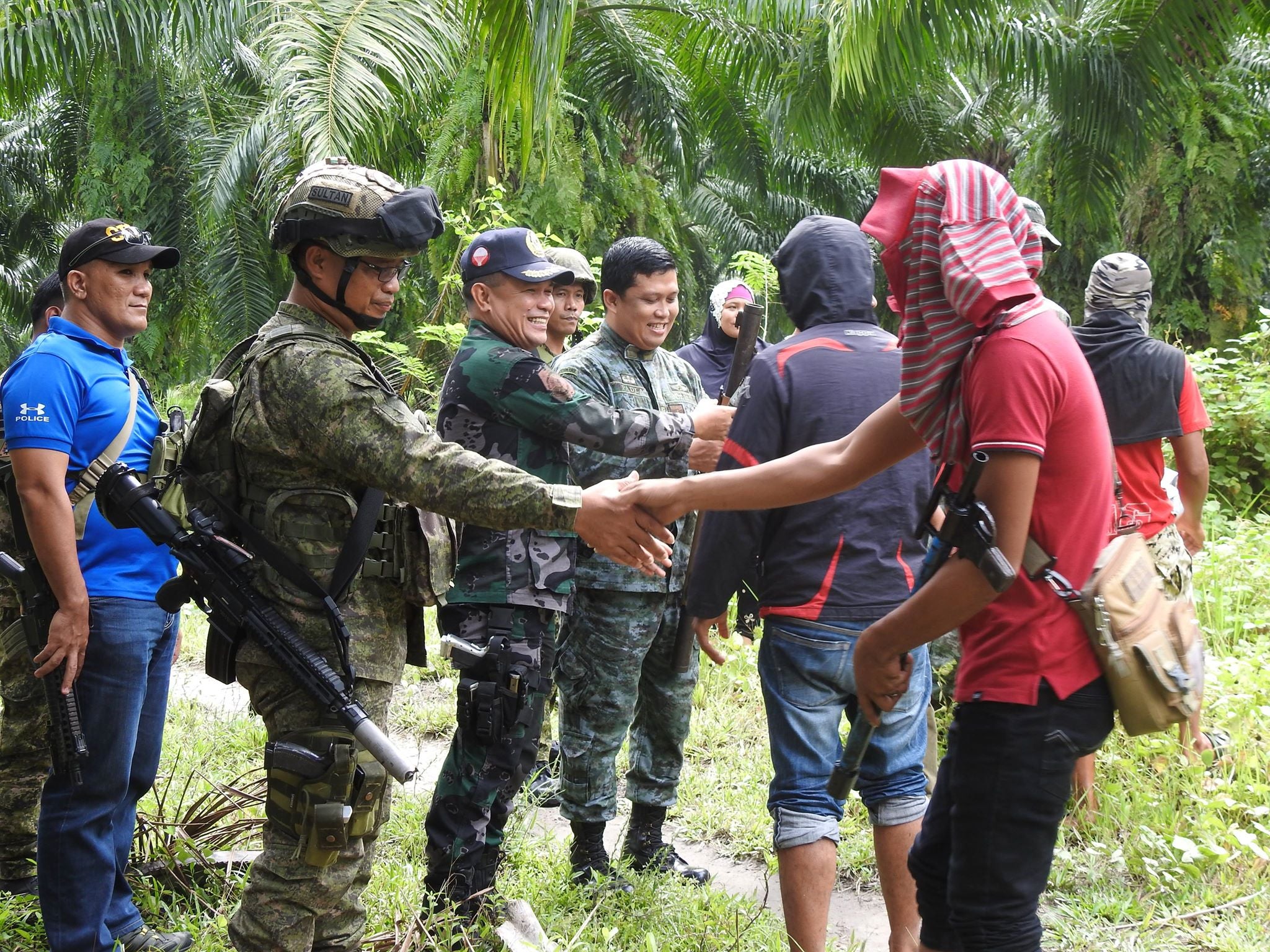 “Commander Banog had arranged their surrender with me in a meeting at my battalion headquarters,” he said. “His family members were instrumental in convincing him to finally surface in the name of peace,” said Cabunoc, who personally fetched the former BIFF members in Sumakubay village.

“We had demonstrated to all that the security forces are ready to deal with anyone who insists in perpetrating armed violence,” Cabunoc told the Inquirer.

Earlier, on October 17, the 33rd IB and the PNP Special Action Force had recovered four high-powered firearms and arrested four suspects in a raid against Commander Banog’s group in Lumabao village.

Col. Robert Dauz, the commander of the 1st Mechanized Infantry (Maaasahan) Brigade, welcomed the new batch of BIFF surrenderers at his camp in Kalandagan village, Tacurong City at about 10:30 Friday.

“I am very delighted because we have freed another village from the claws of BIFF armed groups. This event will enable the Army to facilitate the normalization of former armed conflict-affected areas,” Dauz said.

Maguindanao Governor Esmael ‘Toto’ Mangudadatu helped in the mainstreaming project that will assist former BIFF rebels in returning to their communities.

The first batch of surrenderers led by Commander Motolite have been scheduled to receive livelihood packages that included fishing boats and farm implements.

Major General Cirilito Sobejana, the commander of the 6th Infantry Division, commended the peacemaking initiatives of the 33rd IB.

“The acme of generalship is winning the war without using violence. I would like to commend the officers and men of the 33IB and its PNP partners for the splendid job,” Sobejana said.