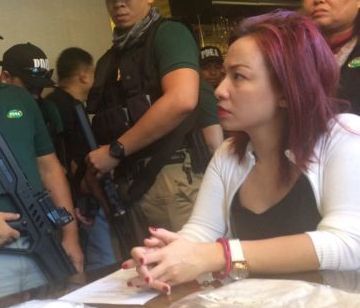 Based on the 37-page decision, the Manila Court enumerated what it called as “compelling evidence” to acquit Yu. These evidence are the following:

The court said the entry of an alleged “clearing team” of PDEA operatives without the presence of the accused or any media or barangay representative for one hour was “highly irregular and illegal.”

Based on the records, PDEA agents commenced the raid as early as 7 a.m. on November 6, 2017, accosting Uy and her family and aides and brought them to the ground area of the condominium.

The records also show that the earliest that the search may be considered to have commenced officially is the arrival of the barangay representatives at a 8 a.m.

“There was definitely a one-hour window that substantiates the fact than an alleged ‘clearing team’ consisting solely of PDEA operatives, entered the unit first and stayed there for some time, their action and activity undocumented and unwitnessed,” the court noted.

“There was no need for a clearing team to enter it surreptitiously, unless of course there was a hidden agenda,” the court said, adding that the raiders had the window of time to plant the evidence against Uy.

The court also noted that the PDEA agents said the one-hour window was meant to accommodate the clearing team.

However, during this one-hour window, Uy said one of the agents asked her to identify a high-profile drug dealer or pay P5 million to cancel the raid, a deal commonly known as ‘palit ulo.’

Uy said the negotiation went down to P3 million, but she had only P500,000 in cash. She said she opened her vault and the PDEA agent took all the money. Still, the raid was conducted, she said.

Uy added that she tried to check the CCTV footage, but the incident was not recorded.

During the trial, the PDEA agent also reportedly blamed the K9 units, saying it was no longer in excellent condition.

The high court also took note of the agents’ testimony that they do not follow PDEA’s standard procedure for seizing narcotics under the chain of custody.

Chain of custody under Section 21 of the Comprehensive Dangerous Drugs Act of 2002 requires the arresting team, having initial custody and control of the drugs, to immediately undertake a physical inventory of the confiscated drugs, and to take photographs while in the presence of the accused or the person/s from whom such items were confiscated and/or seized, or his/her representative or counsel.

The law also requires a representative from the media and the Department of Justice (DOJ) and any elected public official who shall be required to sign the copies of the inventory.

The said certification must be issued within 24 hours after the receipt of the subject items.

The law requires strict implementation of the process, otherwise the case will be dismissed if there are no other evidence to warrant a conviction.

Yu was arrested in a raid conducted at her house in San Miguel, Manila where authorities allegedly confiscated 682.92 grams of shabu. /ee 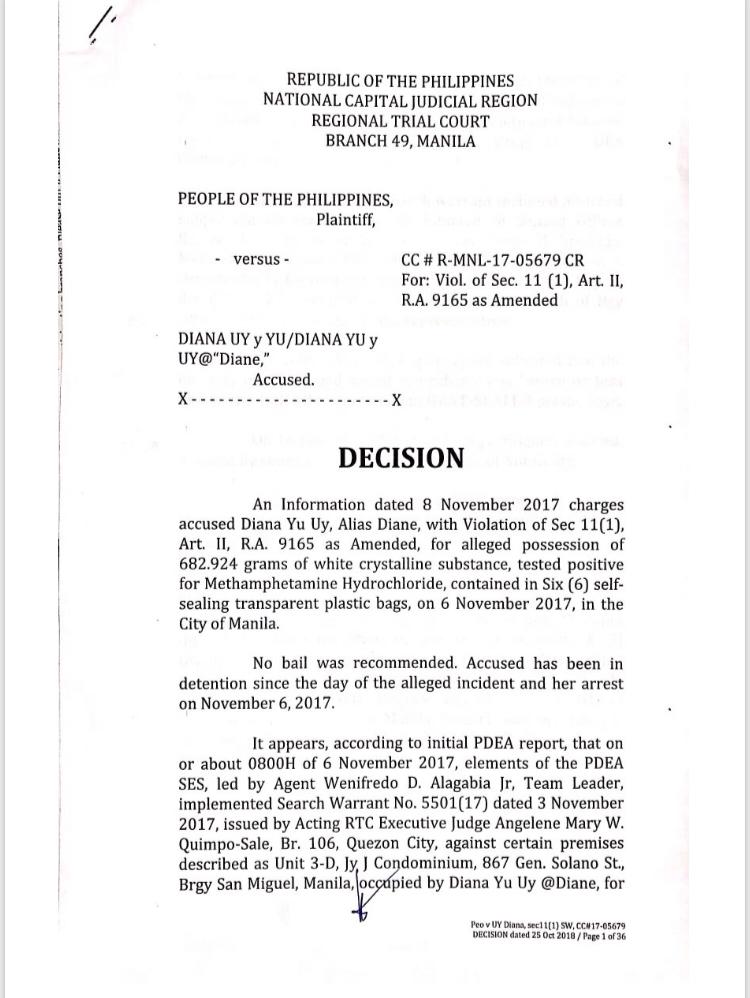 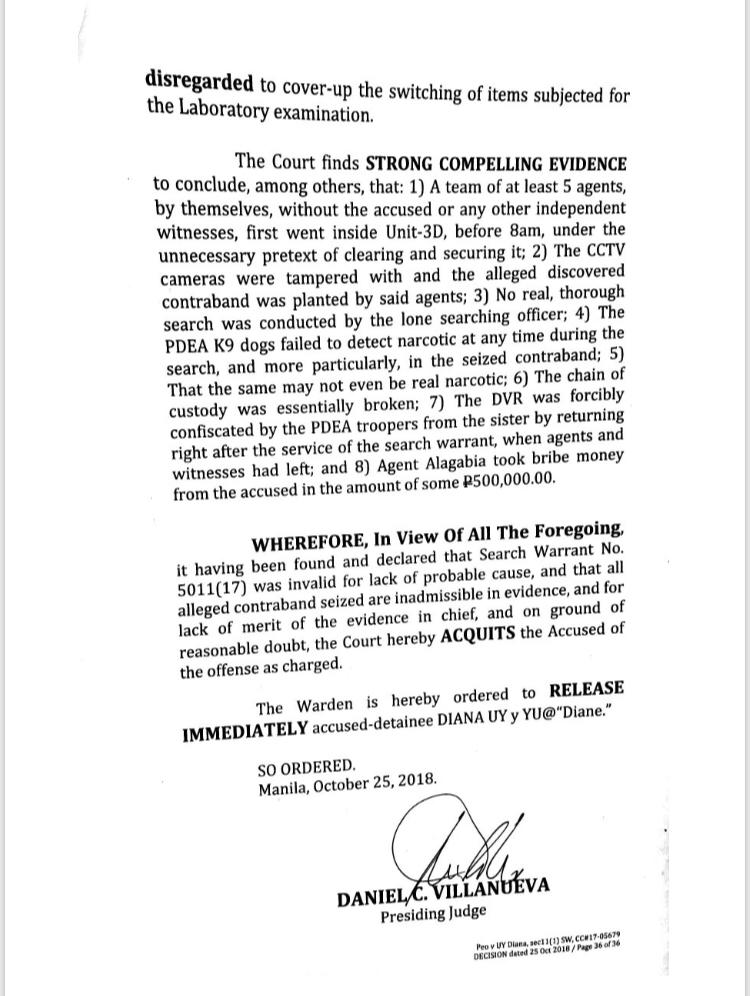