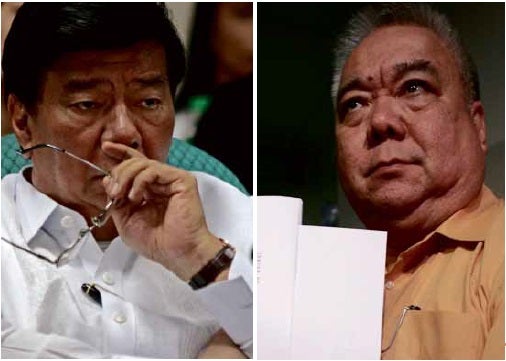 The Court of Appeals (CA) reiterated its laws on defamation, saying it would provide sanctions on malicious statements against public officers.

This was said in a 27-page ruling dated Sept. 18 and released on Oct. 10 which denied Manuel “Boy” Mejorada’s petition to reverse the Pasay court’s ruling that found him guilty of libel.

Senator Franklin Drilon had accused former Iloilo province administrator Mejorada of libel after he posted stories on his social media accounts and blogs accusing the senator of graft, saying he was involved in irregularities in infrastructure projects in Iloilo.

“Unfounded and malicious statements made by against another are not per se constitutionally protected speech,” the document read.

“If the utterances are false, malicious or unrelated to a public officer’s performance of his duties, the same may give rise to criminal liability as in this case,” it added.

Last Feb. 20, 2017, the Pasay City Regional Trial Court Branch 118, then said Mejorada was guilty of libel and subjected to imprisonment of up to four years and two months.

Libel is described as “defamatory tending to cause dishonor, discredit or contempt malicious in law or in fact which must be given publicity and the victim must be identifiable.”

READ: Drilon critic sentenced to up to 4 years in prison for libel

He then filed a petition for review at CA, saying the Pasay RTC “erred in the ruling that he is guilty of libel” and that it convicted him of libel despite Drilon’s failure to testify in the Court.

“Wherefore, in view of the foregoing, the instant appeal is denied,” the document read.

“The accused-apellant (Mejorada) did not do research before making his allegations and it has been shown that these allegations were baseless. The articles are not fair and true reports, but merely wild accusations,” it added.

CA added that Drilon’s appearance at the court would be futile because he will only “identify Mejorada whose identity has already been stipulated.” /je