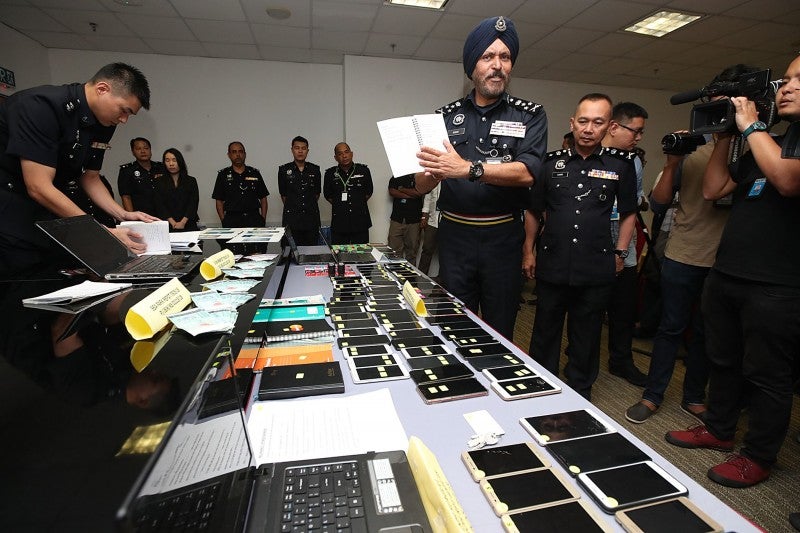 A love scam syndicate which operates in Malaysia and masterminded by a Nigerian has conned women RM58 milliion (US$14.04 million) in 146 cases in Malaysia, Singapore and Hong Kong. A total of 31 suspects, linked to the syndicate were arrested by the police of three countries.

Federal Commercial Crime Investigation Department (CCID) director Commissioner Amar Singh said the police from Singapore and Hong Kong discovered many love scam cases originated from Malaysia and contacted their counterpart in Malaysia. The police then teamed up to investigate with simultaneous raids at the same time last Friday.

“The Malaysian police arrested 16 locals and two foreigners – a Nigerian mastermind and a translator from China. Singapore police arrested two while the Hong Kong Cyber Security and Technology Crime Bureau arrested 11,’’ he said.

The Malaysian suspects made up of three major ethnic groups. The police also recovered 13 sets of handphones, three laptops, 18 bank cards and a car,’’ he said.

Amar Singh said the syndicate even hired a translator from China to assist in translating the script from English and Malay language into Chinese to deceive Hong Kong residents.

Amar Singh said after recovering the script of the syndicate, the police found out that the members in the syndicate are required to make RM50,000
(US$12,195.12) a month to meet key performance index set by the syndicate.