PH withdrawal from IPU gets support from House leader 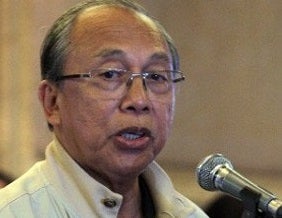 House Minority Leader Danilo Suarez has filed a resolution supporting the withdrawal of the membership of the Philippines to the Inter-Parliamentary Union (IPU), which his longtime ally, Speaker Gloria Macapagal-Arroyo is pushing for.

Suarez filed House Resolution No. 2270 on Tuesday, a copy of which was sent to media on Wednesday.

Suarez noted in the resolution how the Geneva-based global organization of national parliamentarians “stepped outside its boundaries with its interference in the country’s judicial processes which runs counter to the principle of State sovereignty.”

IN THE KNOW: The Inter-Parliamentary Union

On Monday, Arroyo said she would recommend to the Senate the withdrawal of the Philippines’ membership to the IPU composed of 178-member states.

This came after the IPU voiced its concern over the alleged human rights violations against two of the fiercest critics of the Duterte administration — opposition Senators Leila de Lima and Antonio Trillanes IV.

The IPU also issued a resolution in March urging the Senate to take steps in ensuring that De Lima fulfill her duties as a duly elected lawmaker by letting her participate in the chamber’s deliberations.

Some opposition lawmakers from the House of Representatives slammed Arroyo’s plan with Akbayan Rep. Tom Villarin branding it as a “diplomatic disaster” that “derogates” the country’s standing in international bodies. /cbb 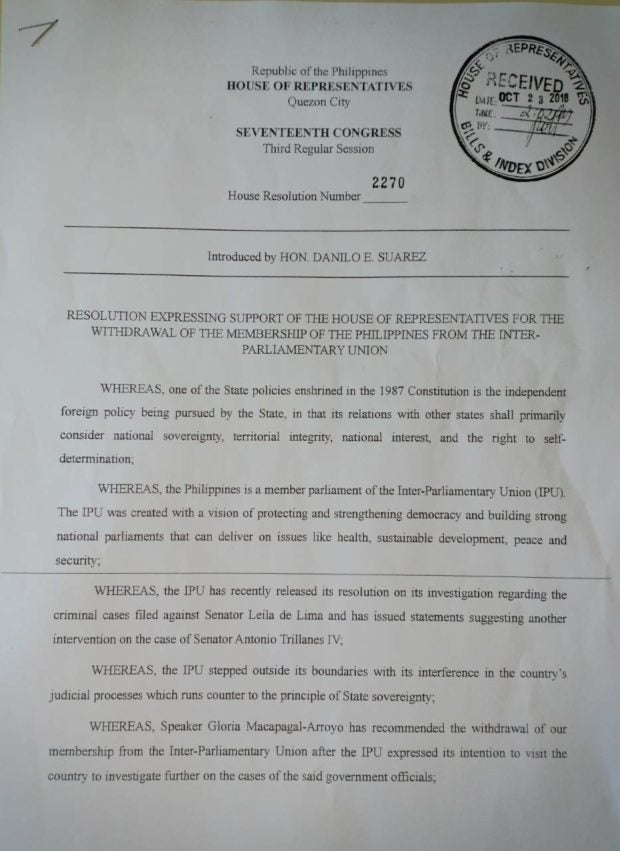 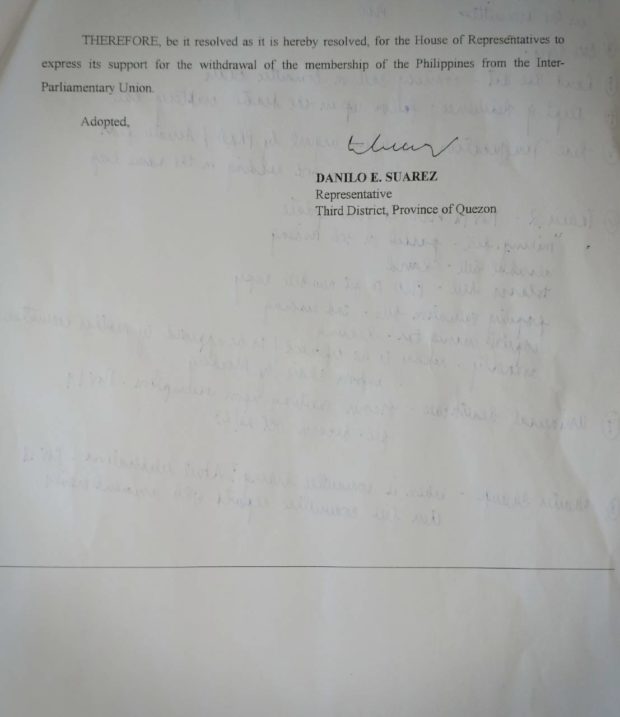