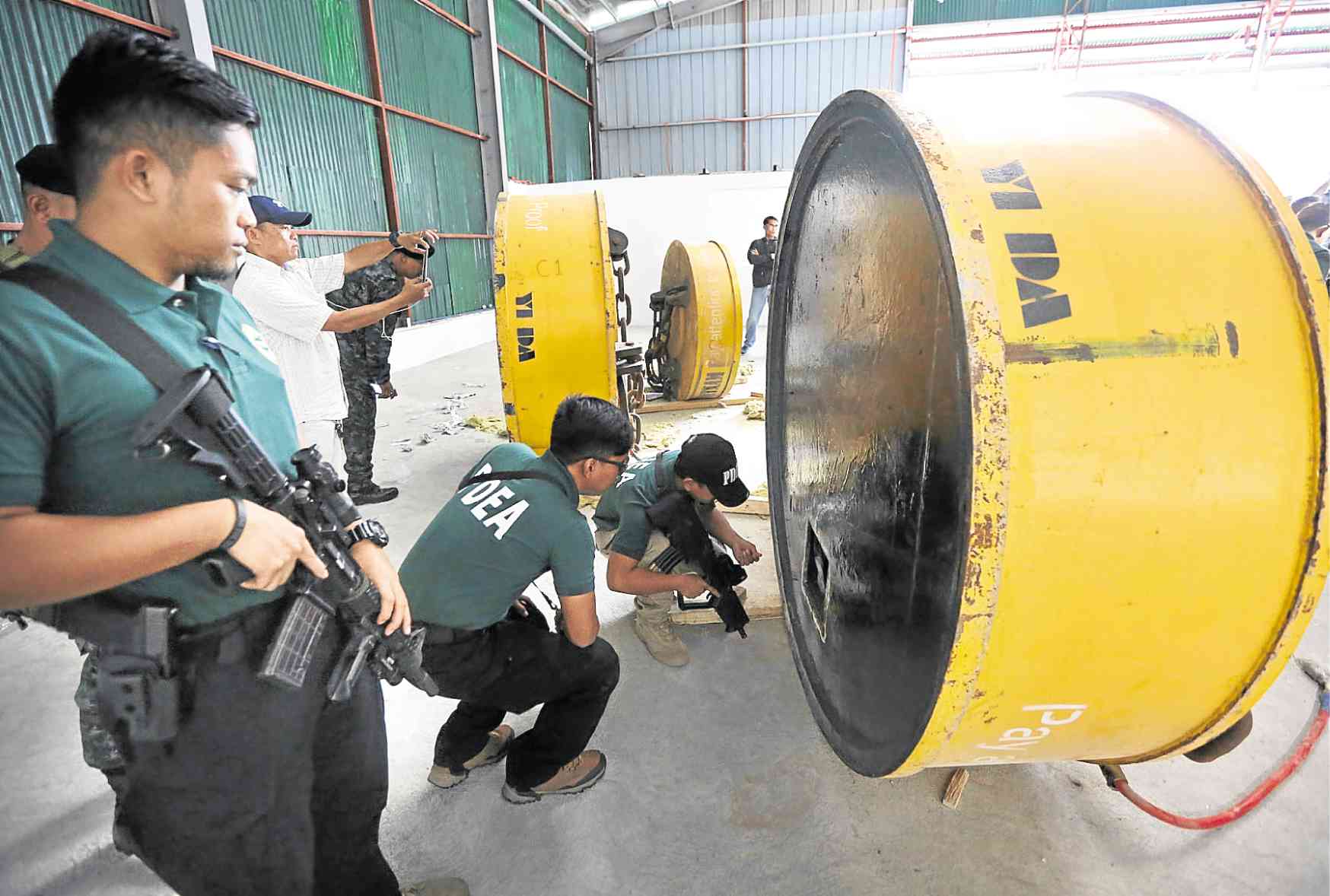 CONFLICTING REPORTS The Philippine Drug Enforcement Agency, whose agents found magnetic lifters empty of “shabu” (crystal meth) in Cavite, and the Bureau of Customs have issued conflicting statements about the reported attempt to smuggle billions of pesos worth of illegal drugs. —MARIANNE BERMUDEZ

The Philippine Drug Enforcement Agency (PDEA) does not intend to discredit any government agency in the ongoing probe of the four magnetic lifters recovered in a warehouse in GMA, Cavite, which contained P6.8-billion worth of shabu (crystal meth).

PDEA Chief Director General Aaron Aquino emphasized this many times over on Tuesday as he reiterated that the illegal drugs allegedly contained in the magnetic lifters were not spotted by the Bureau of Customs (BOC).

The BOC, for its part, has insisted that magnetic lifters tested negative for illegal drugs.

“PDEA wishes to clarify that the agency is just proving a point. We are not doing this to discredit any counterpart agencies but rather only to support our claims that we believe ‘shabu’ supply is abundant, mainly because the illegal drugs are similar to the one recovered from the magnetic lifters at MICP (Manila International Container Port), as impurity profiling revealed,” Aquino said in a statement.

Aquino was referring to chemical links observed in samples from the intercepted shipment of “shabu” at the MICP, which he said is similar to those seized in recent drug operations.

“Same profile of drug samples means same source, same manufacturer, and same method used in the production of the illegal drug,” he said.

Aquino emphasized that the PDEA is “confident” that this evidence supports their claim that large amounts of shabu from the emptied magnetic lifters in Cavite are now circulating in the market.

He also noted that the procedure undertaken by the PDEA is similar to the one validated by the United Nations Office on Drugs and Crime and the Japan International Cooperation Agency. /ee