US warships sail through Taiwan Strait 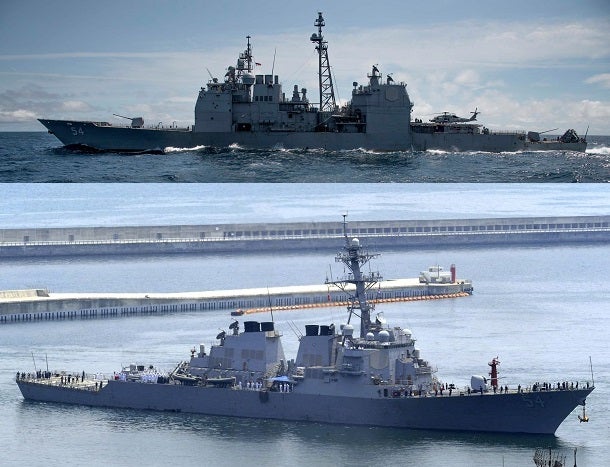 WASHINGTON, United States – Two US warships sailed through the Taiwan Strait on Monday, a military spokesman said, in a move bound to aggravate China amid heightened tensions with Beijing.

The USS Curtis Wilbur and USS Antietam conducted a routine transit to demonstrate US commitment “to a free and open Indo-Pacific,” Colonel Rob Manning told reporters at a press briefing.

It was the second time in the space of three months that American warships have conducted so-called “freedom of navigation” exercises in the 180-kilometer wide stretch of water.

Multiple Chinese warships shadowed the two US vessels during the transit, following at a safe distance, defense officials told CNN.

China still sees Taiwan as part of its territory to be reunified, despite the two sides being ruled separately since the end of a civil war on the mainland in 1949.

Beijing recently conducted a series of military maneuvers, including a live fire exercise in the Taiwan Strait in April, declaring its willingness to confront Taiwan’s “independence forces.”

Washington remains Taipei’s most powerful unofficial ally and its main arms supplier despite switching diplomatic recognition to Beijing in 1979.

The Trump administration has sought closer ties to the island, announcing plans last month to sell the island $330 million spare parts for several aircraft including the F-16 fighter and the C-130 cargo plane. /cbb