Trillanes camp: MR may no longer be filed to reverse court ruling

Senator Antonio Trillanes IV’s camp believes that a motion for reconsideration (MR) may no longer be filed to reverse a court’s junking of a motion for his arrest.

In a 33-page decision, the Makati Regional Trial Court Branch 148 denied the Department of Justice’s request to issue an arrest order against Trillanes for non-bailable coup d’ etat charge against him.

The court noted that the case has long been dismissed as per court’s order dated September 21, 2011. 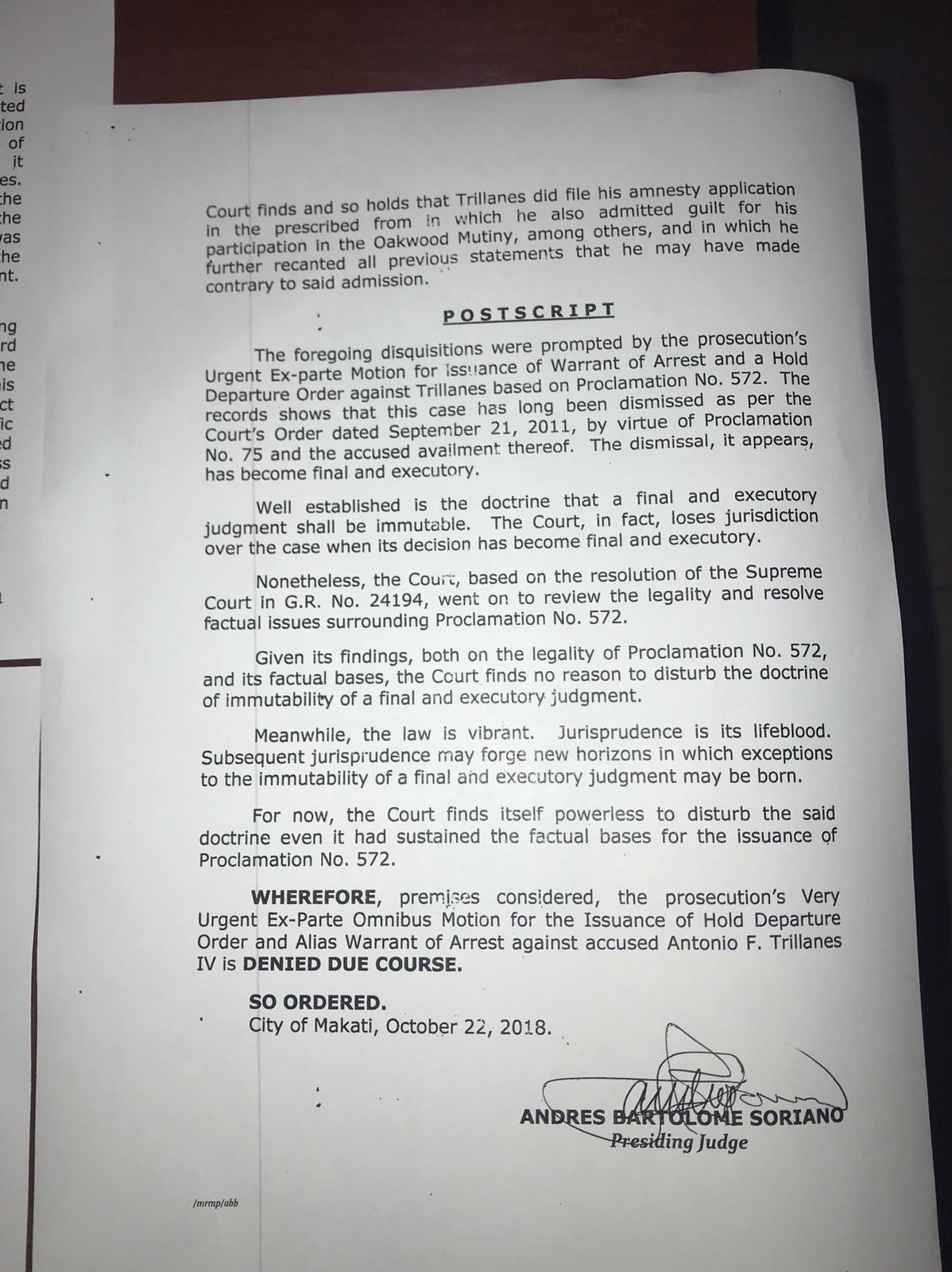 It was clear in the ruling of the court, the lawyer said, that a case, which has been decided with finality, could not be reopened anymore even by the Supreme Court.

With the ruling of the court, Trillanes is confident that he could no longer be arrested even in a court-martial.

Besides, the senator noted the military’s public pronouncements that he would not be arrested to face the court-martial.

Trillanes was a navy officer when he was charged and arrested for his role in failed uprisings against then President and now Speaker Gloria Macapagal-Arroyo.