Palace confident of getting favorable ruling on coup case vs Trillanes 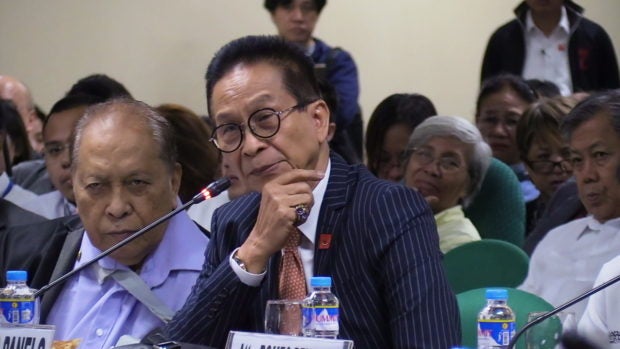 Malacañang is confident that the Makati Regional Trial Court (RTC) Branch 148 will rule in favor of the government on the coup d’etat case filed against Sen. Antonio Trillanes IV, presidential spokeperson Salvador Panelo said on Sunday.

“As far as we’re concerned, the case is strong, the evidence is strong that he did not comply with the requirements of the law in connection with getting amnesty,” Panelo, speaking in a mix English and Filipino, said in a interview with AM station Radyo Inquirer. “So we are confident the ruling of the court will be favoring the government.”

“We have introduced evidence, and the evidence of the other side is weak,” he said. “So let’s just wait for the court’s decision.”

Lawyer Ma. Rhodora Malabag-Peralta, clerk of court of Makati RTC Branch 148, earlier told reporters that the decision on the case might be released “most likely Monday.”

READ: Makati court: No resolution yet on Trillanes case

The case is about the motion filed by the Department of Justice (DOJ) asking the court to issue a warrant arrest on Trillanes in connection with the 2003 Oakwood Mutiny.

The case was dismissed in 2011 after Trillanes and the other Magdalo soldiers were given amnesty by then President Benigno Aquino III.