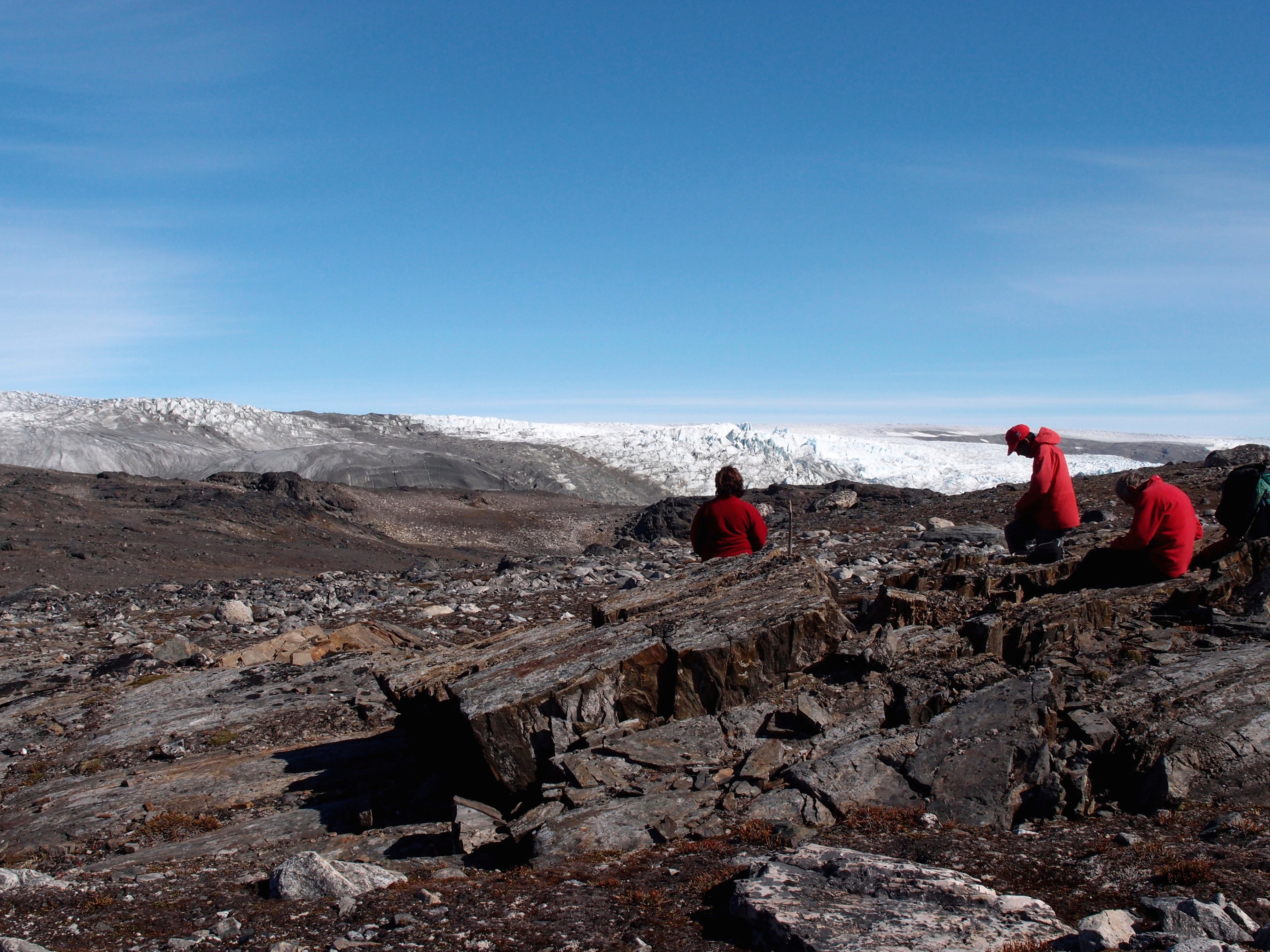 Scientists Vickie Bennett, Allen Nutman and Clark Friend examine rocks in Greenland in this July 2012 file photo. A new study says what were billed as the oldest fossils on Earth may just be some rocks. (Laure Gauthiez/The Australian National University via AP)

WASHINGTON  — What were billed as the oldest fossils on Earth may just be some rocks, according to a new study.

Two years ago, a team of Australian scientists found odd structures in Greenland that they said were partly leftovers from microbes that lived on an ancient seafloor. They were said to be 3.7 billion years old, which suggests life formed quicker and easier than thought after Earth formed.

But on Wednesday, the journal Nature, which published the 2016 study, released new research using NASA technology that concludes the structures found on rocks were likely not fossils but more rock. The Australian scientists, however, still maintain they are.

The new work was done by NASA astrobiologist Abigail Allwood, who had found the previously oldest fossil at nearly 3.5 billion years old. When she read the 2016 paper, she thought “there was something not quite right” so she went to Greenland and looked herself.

Allwood found the shapes, the weathering and mostly the interior layers of the structures didn’t fit with this type of fossil, called stromatolites. One even was growing in what she called the wrong direction.

Then Allwood used a version of an instrument that’s being sent to Mars in a few years to create a chemical map of the structure. She said it didn’t have the chemical signature of fossilized life.

Three outside experts told The Associated Press they agree with the newest research; none thought they were fossils as suggested by Allen Nutman at the University of Wollongong in Australia.

A claim of such an old fossil requires several lines of evidence, “so scientists were impressed but not convinced by Nutman’s work,” said University of Connecticut’s Pieter Visscher. He said he was persuaded by Allwood’s thorough work that it was not a fossil.

Nutman and his colleagues released a statement defending their work. They said Allwood took samples from the far end of one of two sites and didn’t test the original specimens when offered.

“This is a classic comparing apples and oranges scenario, leading to the inevitable outcome that ours and their observations do not exactly match,” they said in the statement.

Said another of the outside experts, Marie Catherine Sforna of the University of Liege in Belgium: “The search for traces of early life is without any doubt a difficult task and often raises controversy.”