Before our commuters rejoice upon seeing a map that featured what appeared to be a plan to construct a high-speed rail system in the country, be forewarned. This map circulating the internet appears to be fake, the Agence France Presse (AFP) warned on Friday.

In a Facebook post by a certain Jose Ramon Villanueva, a map had been uploaded claiming a high-speed rail system is in the works, noting that it was under the Duterte regime. 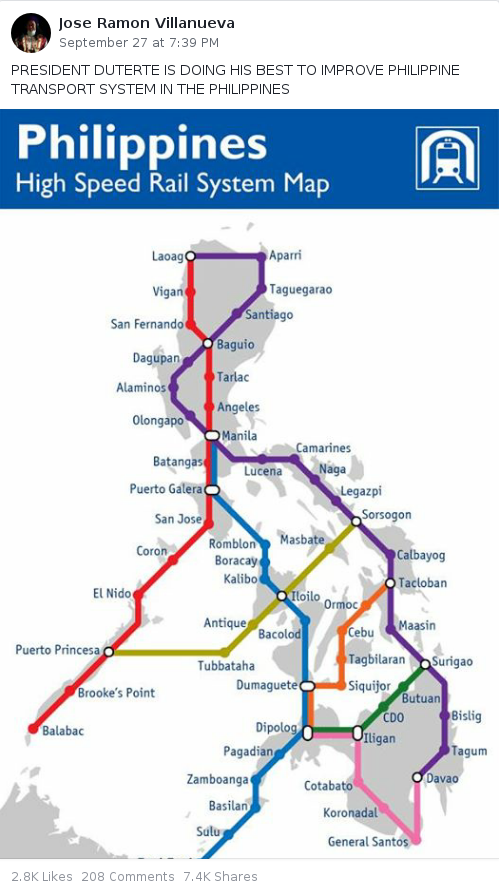 “President Duterte is doing his best to improve Philippine transport system in the Philippines,” the post said.

The AFP, however, debunked the existence of such rail project and even claimed that the map is just a make believe, saying it was a “complete work of fiction” by a blogger, Michael Gonzalez. 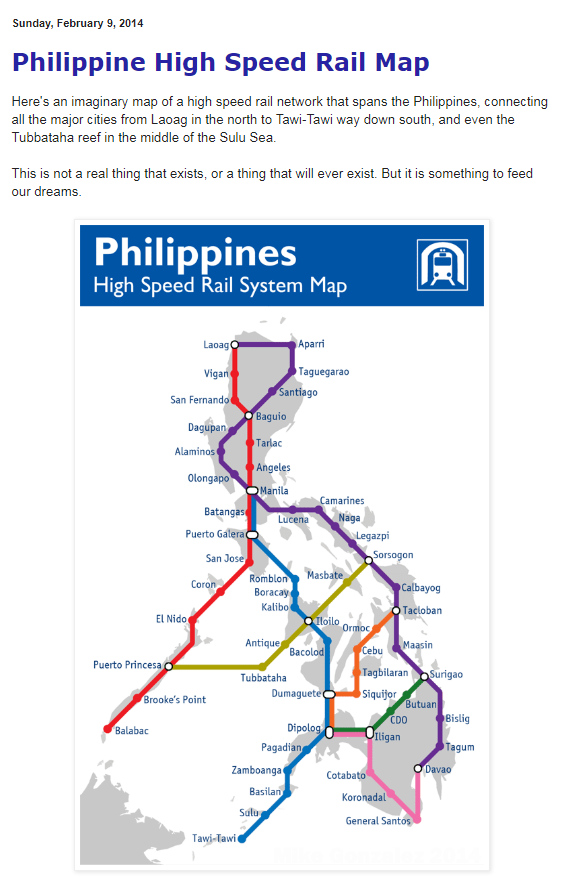 “Yes, that’s my blog and I made that map, a complete work of fiction,” Gonzalez told AFP.

Gonzalez added he did not share his work, saying that his content had just been used for “malicious purposes.”

“I never shared my work anywhere claiming that it was an actual project, so someone at some point must have taken it and shared it for malicious purposes,” he said.

DOTr Undersecretary Timothy Batan denied allegations that there was a high-speed rail network but said there are plans to construct one.

“There are plans to eventually build a High Speed Rail (HSR) system and the current pipeline of projects are being designed for eventual upgrading to HSR,” Batan told AFP.

Batan even showed the real photo of the planned rail system for the Philippines: 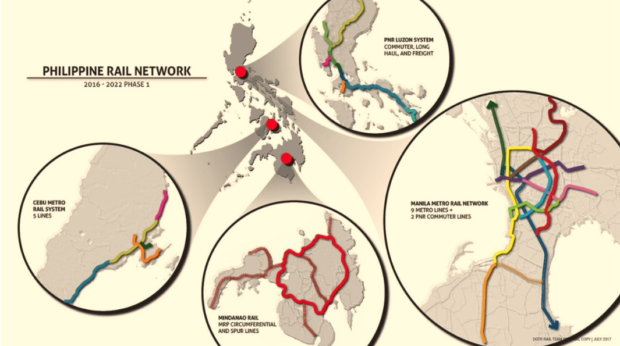 The Facebook post was shared over 7,000 times by several groups and fanpages with combined followers of nearly 630,000. Most of the Facebook users are supporters of President Rodrigo Duterte and late dictator Ferdinand Marcos. /jpv