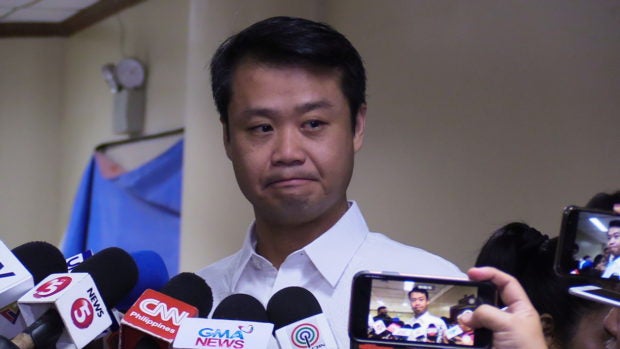 Senator Sherwin Gatchalian on Friday defended his proposal to punish nuisance election candidates, saying it is not “anti-poor.”

Gatchalian filed Senate Bill No. 911, which seeks to penalize individuals who try to make a mockery of the country’s election process by filing their certificates of candidacy (COCs) haphazardly and insincerely.

He mentioned as an example the man claiming to be “Jesus Christ” as well as the men who said they were former lovers of Kris Aquino and Mocha Uson, and the man who calls himself the “King of Maharlika” – who all filed their COCs for the 2019 senatorial race at the Commission on Elections main office in Inramuros, Manila.

(We will not stop the people from filing. They can still file for any position – senator, vice president, and president – they can always file. We won’t stop them. We will not put criteria on who could file.)

Gatchalian said the penalty would be imposed only if the Commission on Elections (Comelec) identified the nuisance candidates.

(But the process is, after they file the Comelec will evaluate it one by one – whoever is legitimate and bonafide candidates that will serve our country. The Comelec filters it. Now, whoever is disqualified by the Comelec, he/she will be fined.)

Under the bill, a fine of P50,000 shall be imposed on any person who filed a COC only to put the election process in “mockery or disrepute; cause confusion among voters by similarity of the names of the registered candidates; obtain money, profit or any other consideration; or under any other circumstances or acts clearly demonstrate that the candidate has no bona fide intention to run for office.”  /kga