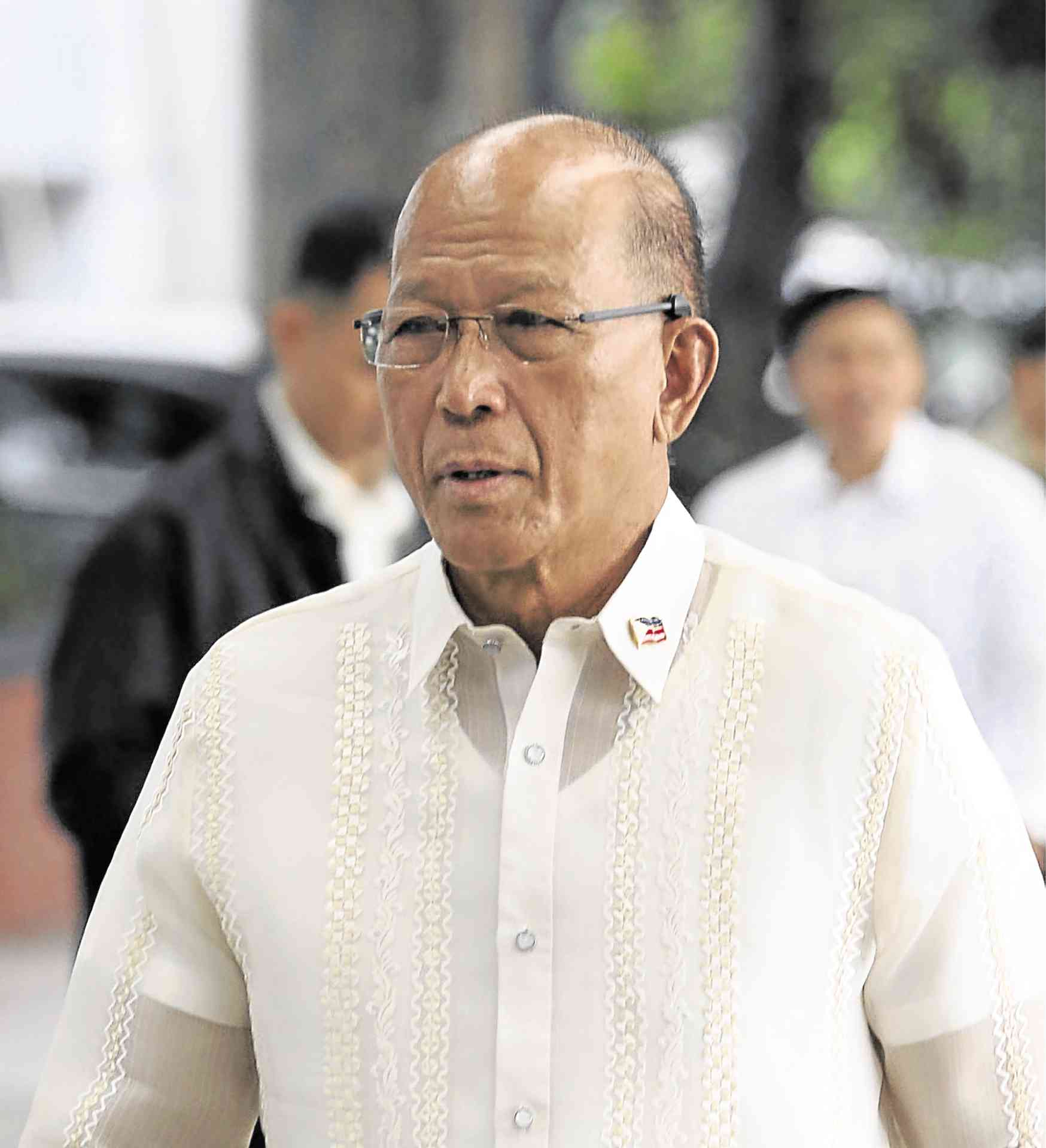 The military on Thursday warned politicians running in next year’s midterm elections not to pay “permit to campaign” (PTC) fees to communist rebels, but Communist Party of the Philippines (CPP) founding chair Jose Maria Sison said there was no such thing.

Speaking to reporters at Camp General Servillano Aquino in Tarlac City, Defense Secretary Delfin Lorenzana said the rebel collection was nothing but extortion during the election period in areas where the CPP and its armed wing, New People’s Army (NPA), are active.

“That is what we want to put an end to because candidates need to freely go to places to campaign and the voters must be free to go to voting precincts without being harassed,” he said.

Col. Noel Detoyato, spokesperson for the Armed Forces of the Philippines, urged candidates who might be forced to pay PTC fees to coordinate with the AFP and the Philippine National Police for their security.

Detoyato claimed the CPP-NPA earned hundreds of millions of pesos from the fees during elections.

In an online interview on Thursday, Sison told the Inquirer that claims that candidates had been approached by supposed NPA emissaries to discuss PTC payments “could be hearsay or rumor from anticommunist politicians or rival candidates.”

“The parties and candidates do not pay for any permit to campaign,” he said. “They (candidates) just have to talk to the revolutionaries to respect their freedom to campaign.”

Sison advised candidates not to carry firearms so they would not be mistaken for policemen or soldiers.

He said the candidates were free to campaign “provided they do not enter the territory of the people’s government with an armed force or sacks of money to buy votes.”

The former CPP chair, who lives in exile in Utrecht, the Netherlands, said his comments were based on his knowledge of the communist movement as chief political consultant of the National Democratic Front of the Philippines.

“The Duterte regime and its military minions are lying when they say that the NPA uses the election campaign period to extort from political parties and candidates by demanding payments for the permit to campaign,” Sison said.

“Supporting terror organizations is punishable by law. A permit-to-campaign scheme is a form of extortion, which is illegal,” Pamonag said. —WITH A REPORT FROM JEROME ANING