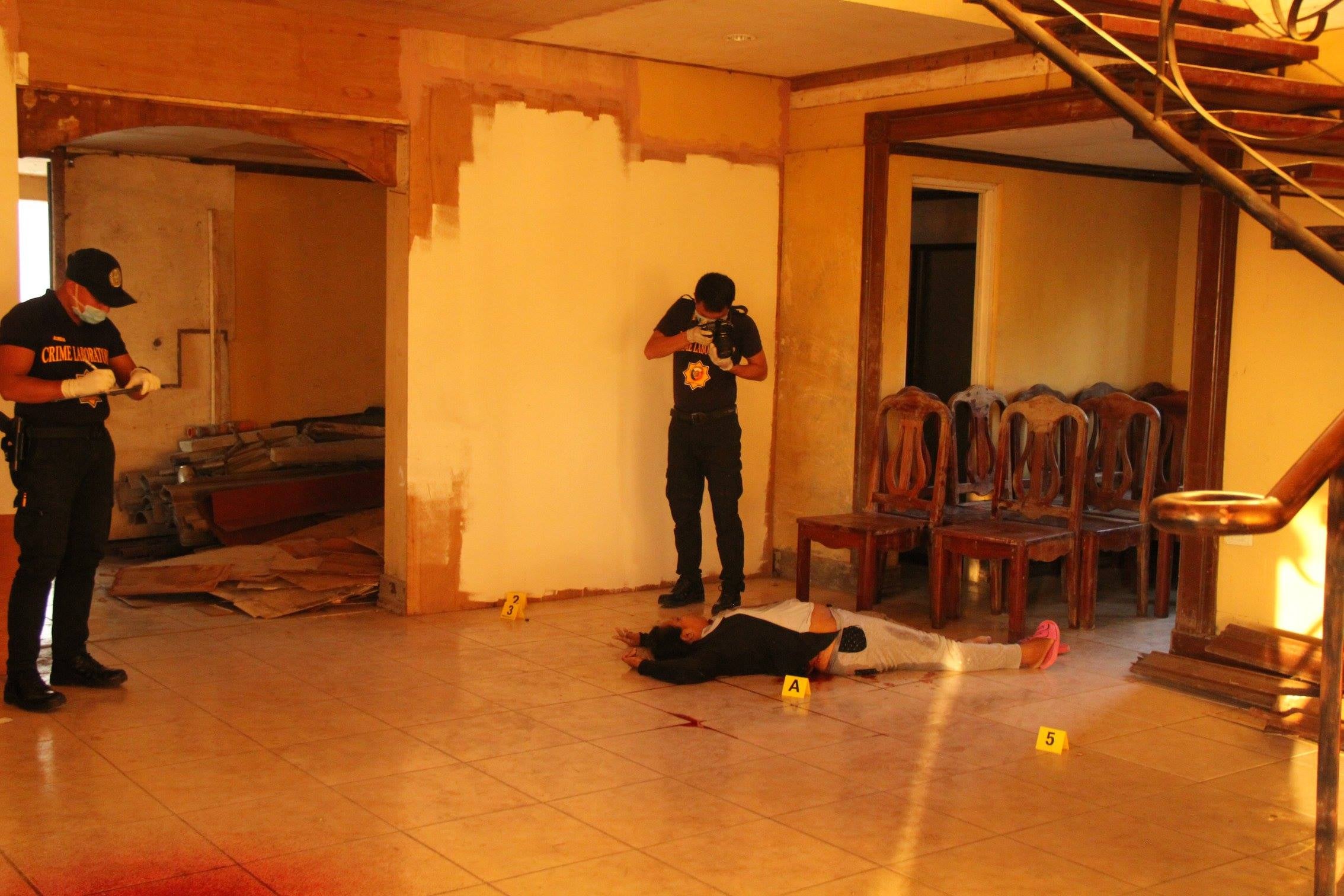 A witness says Sunshine Tulin may have been shot first since she was not able to shout at her husband, Jesus, to warn him about the armed men who were rushing to the second floor where he was painting the ceiling. photo by Robert Dejon, Inquirer Visayas

ALBUERA, Leyte – An alleged former hitman of self-confessed drug lord Rolando “Kerwin” Espinosa Jr. and his wife were found dead inside a rest house in Barangay Talisayan here past 1 p.m. on Thursday.

The body of Jesus Tulin was found sprawling on the second floor of the two-story house while his wife, Sunshine, was lying on the ground floor.

The couple served as caretakers of the rest house owned by Ronnie Allosa, a contractor based in nearby Ormoc City.

Recovered from the crime scene was one .45 caliber pistol that was loaded with five bullets.

Senior Insp. Salvador Apacible, Albuera police chief, said the rest house, which was being repaired, was just about 3 kilometers from the police station.

Armando Maguilan, a construction worker, said at least six men barged into the house while they were working past 1 p.m.

Three assailants pointed a gun at the workers, including Maquilan, and told them to lay on the ground.

He said he tried to look up but was told to look down. The gunman then told him to leave the house.

While fleeing, he saw the three others went up to the second floor of the house where Jesus was painting the ceiling.

He said he believed that Sunshine was killed first because she was not able to shout and warn her husband while they were running up to the second floor.

Maquilan said the couple had been security conscious since every time a vehicle would park in front of the house along the highway.

Apacible of Albuera police said Jesus was a hitman when Espinosa led the biggest drug operation in Eastern Visayas.

He said murder cases had been filed against Jesus but were dismissed because the complainants withdrew the charges out of fear of their lives.

Last Monday, Apacible said they filed attempted murder case against Jesus at the prosecutor’s office in Baybay City in Leyte for shooting a businesswoman in March.