Challengers rise vs Eusebios of Pasig, Estradas of San Juan 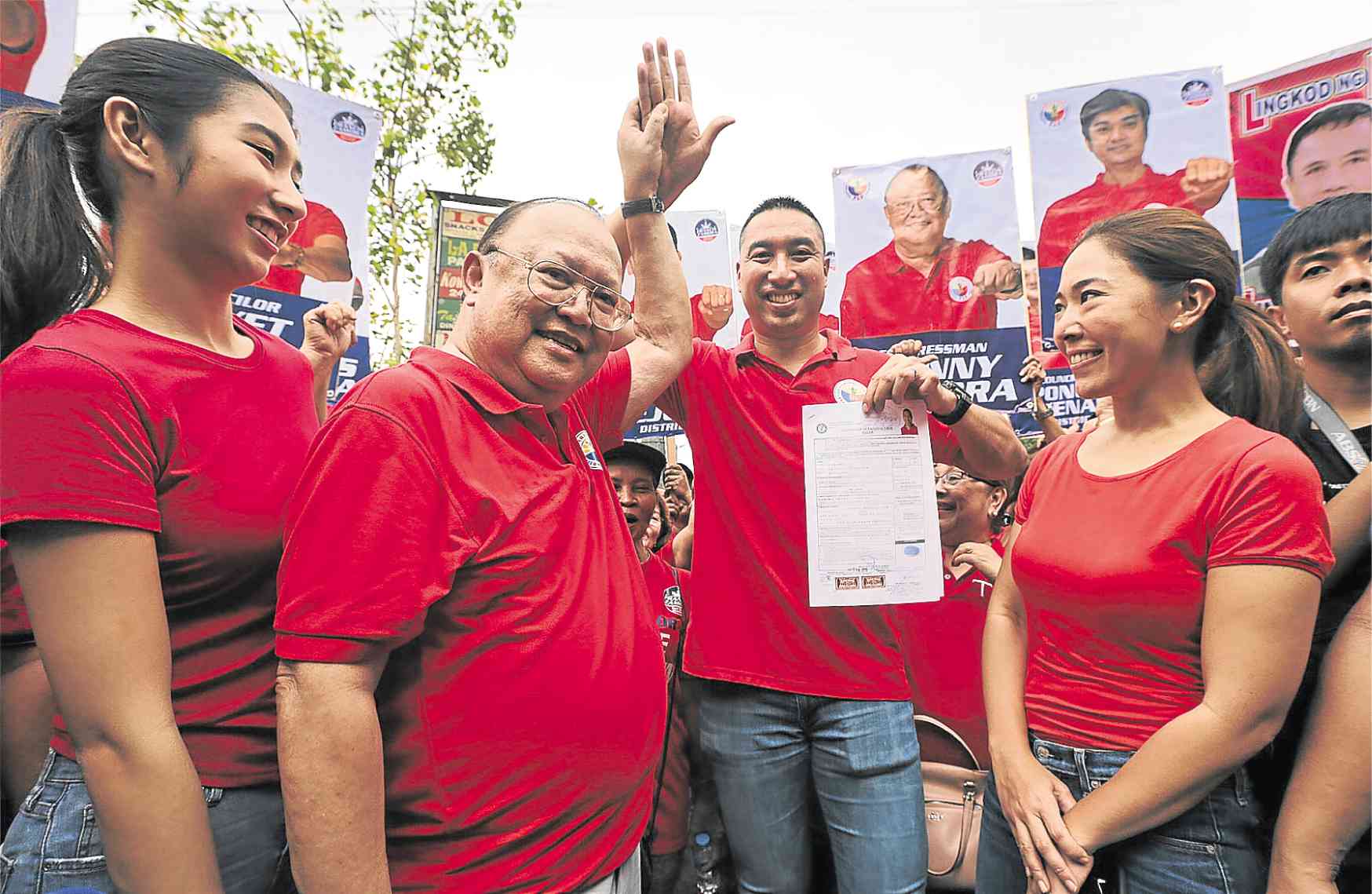 A newcomer and longtime politician are challenging the decades-long dominance of two political clans in the cities of Pasig and San Juan. Both are running their campaigns on the same theme: The people want a new brand of leadership.

The 29-year-old Sotto, who topped the polls when he made his political debut as an independent candidate in the city’s first district in 2016, will go head-to-head with incumbent Mayor Robert Eusebio, whose family had been in power in Pasig since 1992.

“In my two-and-a-half years in the council, I have seen that there needs to be a lot of changes,” Sotto said. “We want to introduce a new style of politics here in Pasig… Right now, there is a lot of intimidation. If someone is not seen as an ally, he is excluded from the decision-making process.”

He said he would focus on strengthening the people’s participation in governance, his advocacy since his first campaign. Sotto authored the recently approved transparency ordinance, making the city the first in Metro Manila to have its own version  of the proposed freedom of information law.

“I believe the people of Pasig are really clamoring for change. I am ready to be that face of change,” he said.

Sotto will campaign under Aksyon Demokratiko, the party founded by the late Sen. Raul Roco. There are no other candidates running under his ticket except for former Pasig Rep. Roman Romulo, who wants to reclaim his House seat.

Eusebio welcomed the challenge posed by Sotto. “We have a democracy. It is good that I have an opponent and that someone will run against me,” the 50-year-old mayor told the Inquirer after he filed his COC with the other members of his ticket, including incumbent Vice Mayor Christian Caruncho Bernardo who is up for reelection, as well as Eusebio’s brother, incumbent Rep. Richard Eusebio.

Zamora’s first attempt to wrest the mayoralty away from the Estrada-Ejercito clan ended in him losing by a slim margin of a thousand votes to Gomez in 2016. Although his supporters’ petition for a recall election had been approved by the local Comelec, time ran out for him for the conduct of the polls.

“We had a tough experience, but the people of San Juan will no longer allow themselves to be cheated once again,” Zamora  told reporters. “For 50 years, the Estradas have ruled over San Juan but the people have spoken. They want change.”

His father, Rep. Ronaldo Zamora, will run against actor Eduardo Manzano, the Estradas’ candidate, for the city’s lone congressional seat.

The elder Zamora disputed the statement of former Sen. Jinggoy Estrada, Janella’s father, who claimed that it was the Zamoras who were out to control San Juan.

“You have not seen a third generation Zamora [in politics, unlike them],” he said. “After Francis and I finish our terms, we are done.”

Compared to his counterparts in the two cities, incumbent Marikina Mayor Marcelino Teodoro appears set for another term.

His toughest rival, Rep. Miro Quimbo, announced that he was backing out of the mayoral race to focus on other things, including “strengthening the country’s opposition.” Quimbo is an official of the Liberal Party.

According to the local Comelec office, two others had filed  COCs for mayor: Marijoy Villoso and Lorderito Nebres.