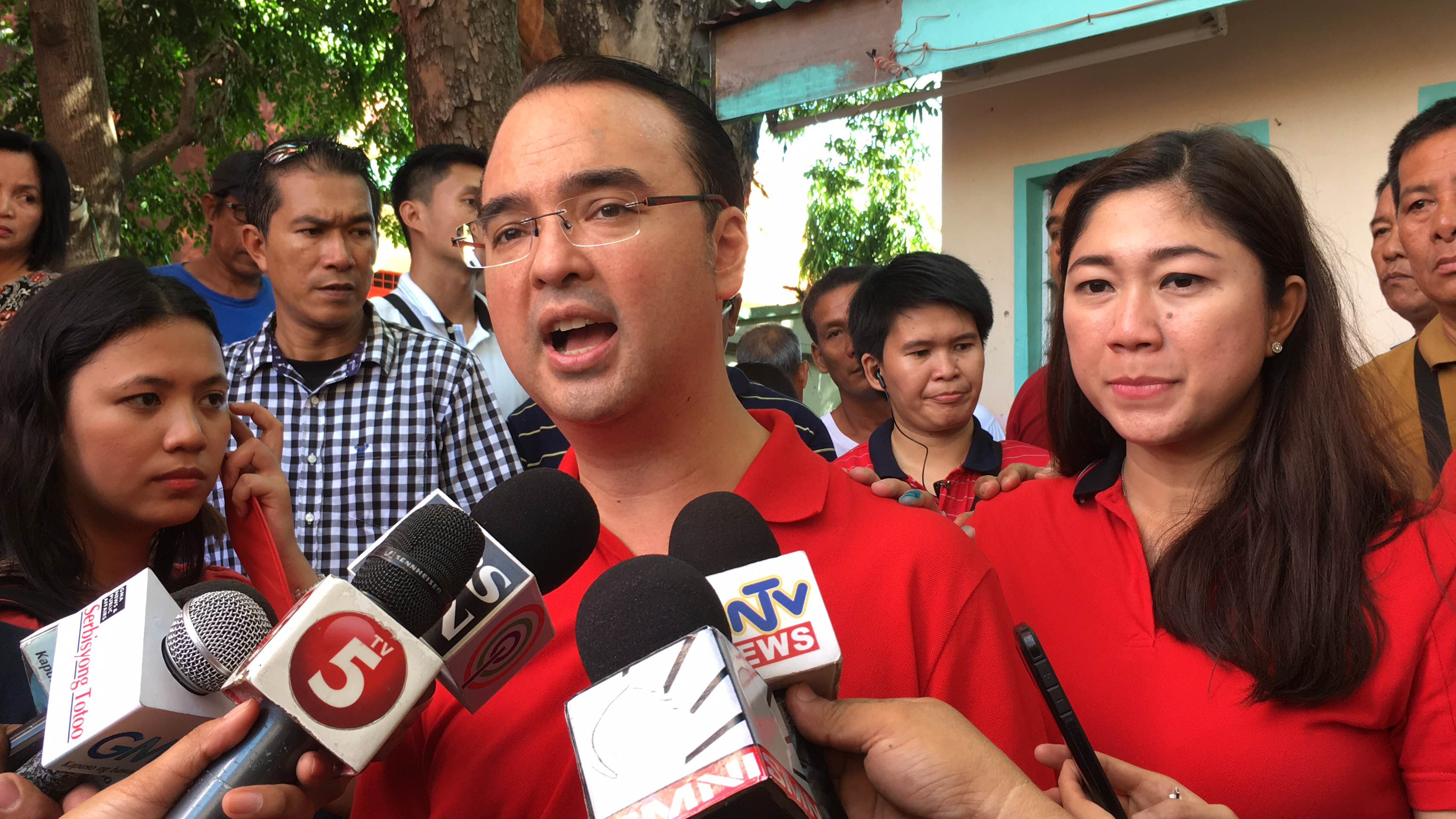 There is nothing illegal and immoral with a married couple running together for seats in the House of Representatives.

Cayetano said this when asked about his and wife’s, incumbent Taguig Mayor Lani Cayetano, decision to run as representatives of First and Second Districts of Taguig, respectively, in the upcoming elections.

Their case, he said, was not unique as he cited the case of Isabela Rep. Rodolfo Albano and latter’s wife, Deputy Speaker Mylene Garcia-Albano, who he said is the representative of Davao.

Alan Cayetano also explained that he lives in their ancestral home in District 1 while his wife has a residence in District 2.

“So as long naka-one year ka dun sa lugar mo and may intent ka to live there, pupwede yun,” he explained.

As mayor of Taguig, he said his wife knows the problems and solutions of the city.

He said he also feels that it would be better if he and his wife will work together in Congress.

Aside from his wife, Alan Cayetano’s siblings will also join the 2019 elections.

Alan Cayetano was senator since 2007 until he resigned to join Duterte’s Cabinet as Secretary of the Department of Foreign Affairs./ac