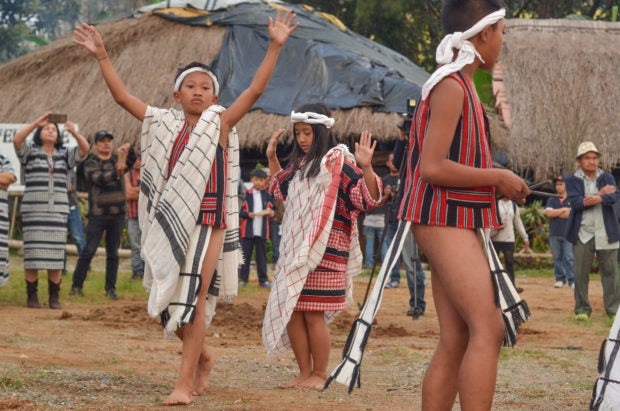 CULTURE BEARERS. The sustainability of the Ibaloy language and culture lies in the hands of these young members of the indigenous community who performed the “tayaw” during the unveiling of the Bantayog-Wika, a marker honoring the Ibaloy language of Benguet on October 17, 2018. PHOTO by Karlston Lapniten

The marker, dubbed the Bantayog-Wika, promotes the preservation of indigenous Filipino languages, according to KWF Commissioner Purificacion Delima.

“Language is intangible. The marker makes it tangible,” she said at the sidelines of a three-day language summit being held at the University of the Philippines Baguio.

The Bantayog-Wika for the Ibaloy language is the 10th such market to be installed nationwide.

Delima said KWF hopes to put up markers for all indigenous Filipino languages and will attempt to install 20 markers in 2019.