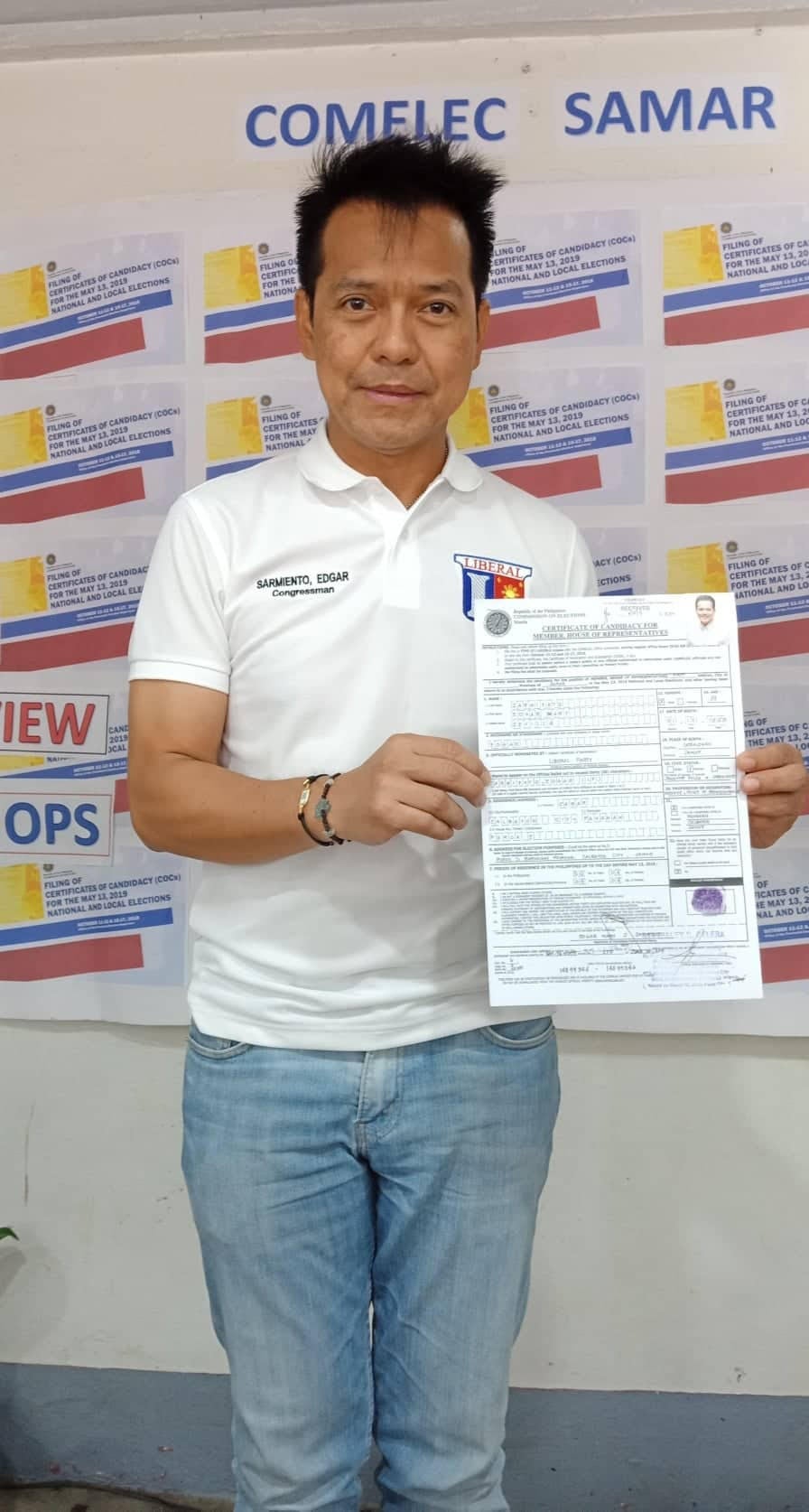 He filed his certificate for candidacy at the Commission on Elections provincial office in Calbayog to seek a fresh term.

For his second term, the congressman planned to focus on programs on pili and cacao propagation since Samar is an agricultural province.

He said that during his first term, he was able to do a lot in Congress including being the co-author of the laws that extended the validity of passport to 10 years and the driver’s license to five years, among others.