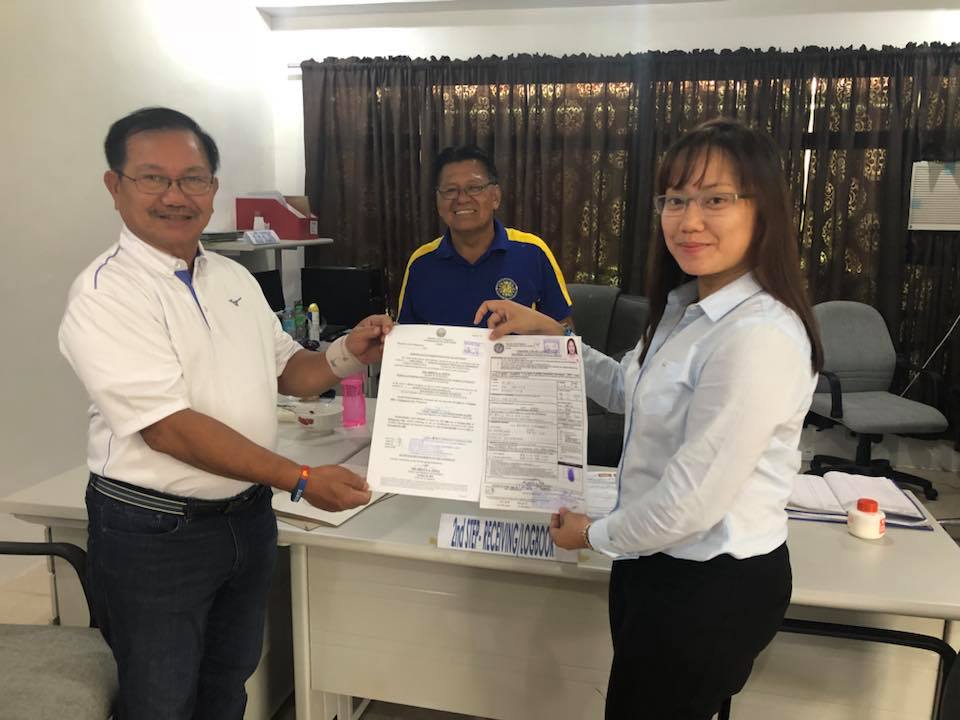 Agriculture Secretary Manny Pinol and daughter Maria Krista during the filing of CoCs at the Comelec office. CONTRIBUTED PHOTO

KIDAPAWAN CITY – The daughter of Agriculture Secretary Emmanuel Piñol has joined local politics in North Cotabato and filed her candidacy for a seat in the provincial board.

“I say goodbye to politics, I pass the torch to my daughter,” Secretary Piñol said in a statement Wednesday as he personally accompanied his daughter, Maria Krista, to the provincial office of the Commission on Elections where she filed her Certificate of Candidacy for a seat in the Provincial Board in the 2nd District of North Cotabato.

“It was an emotional moment for me because my daughter’s entry into politics marks the end of my political career which started in 1995,” Secretary Piñol said.

“As I have declared repeatedly, I harbored no plan to run for a political position,” he said.

Piñol said all he wanted was to serve as agriculture secretary and be with President Rodrido Duterte until the end of his term in 2022.

He said at the end of office hours on June 30, 2022, he would return to farming to enjoy the remaining years of his life in the peace and quiet of his farm in Kidapawan.

“I have done my part as a political leader in my province where I served for three years as mayor of my hometown, M’lang, nine years as governor and three years as vice governor of North Cotabato,” he said.

“My daughter Maria Krista, who is married to her high school boyfriend Chito Solis and has a bubbly and very intelligent 4-year-old son, Duane, will now take over where I left off,” Piñol said.

“She has the heart for public service and finds joy in serving and mingling with people,” he added.

Efren, currently the regional director of the Technical Education Skills and Development Authority (TESDA-12), is running for a seat in the House of Representatives to represent North Cotabato’s second district while Bernardo, current vice mayor of Kidapawan City, is running for mayor. Socrates, who is currently a provincial board member, is running for vice governor and Joselito Piñol, another sibling of the agriculture secretary, is seeking reelection as vice mayor of M’lang town in North Cotabato. /je