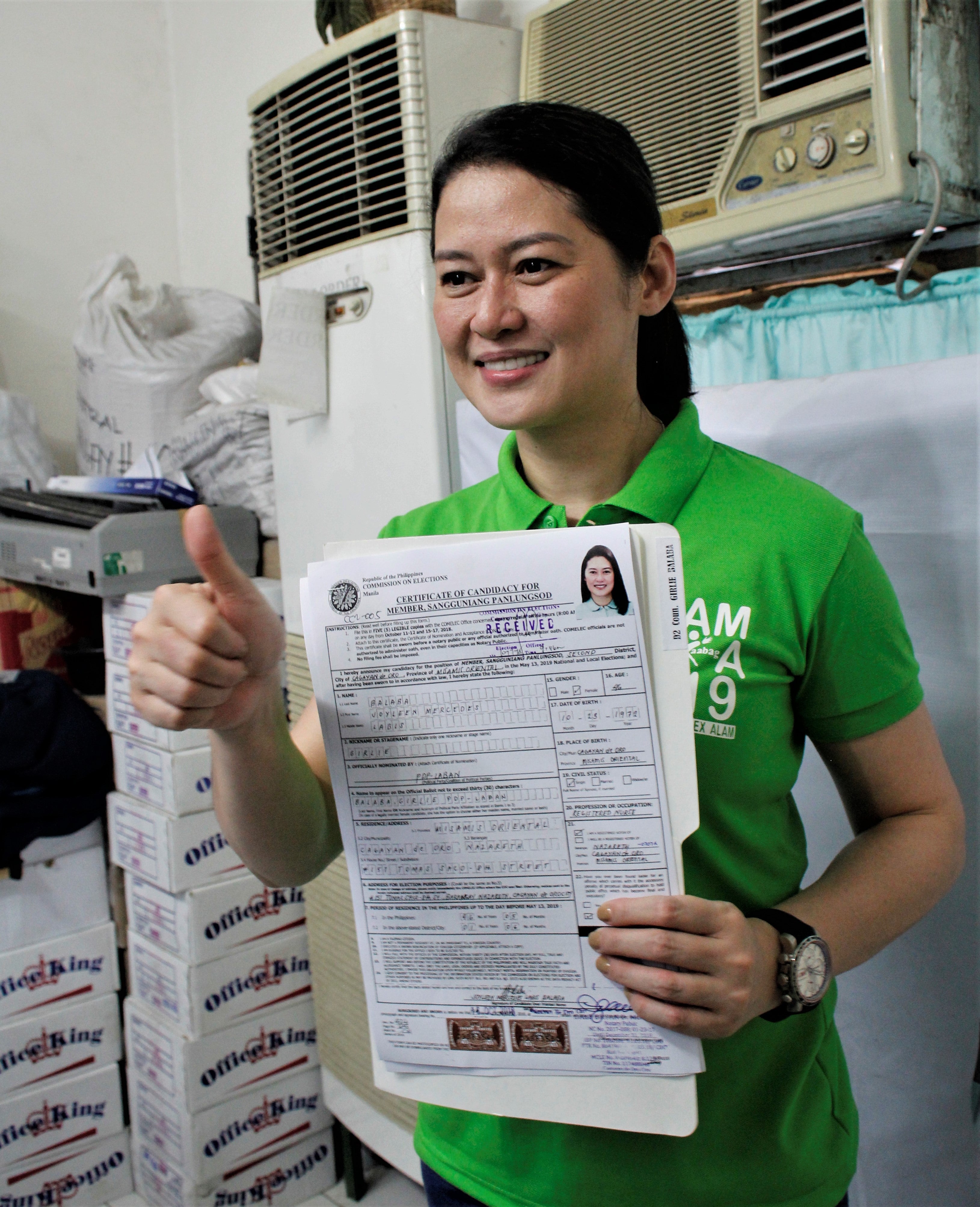 Balaba said it may be her first time to run as a politician but as a registered nurse, she was never been a stranger to public service.

Balaba joined the group of incumbent Cagayan de Oro Mayor Oscar Moreno and the rest of the administration candidates as they marched from St. Augustine’s Cathedral to the City Comelec Office accompanied by some 1,000 supporters.

It is Balaba’s first time to run for elective office.

She is running under the ruling Partido Demokratikong Pilipino-Lakas ng Bayan (PDP-Laban) party.

Balaba, a Cagayan de Oro City native, was said to have been close to President Rodrigo Duterte when he was then Davao City mayor and she was a Davao City television reporter for six years.

Meanwhile Jose Gabriel ‘Pompee’ La Viña, erstwhile commissioner of the Social Security System (SSS) and tourism and agriculture undersecretary, will be gunning for Cagayan de Oro mayorship as the candidate of an alliance of local parties affiliated with the Hugpong ng Pagbabago party of Davao City Mayor Sara Duterte.

“COC signed & sealed,” La Viña posted on Facebook. “I am honored to stand up against the most anti-Duterte mayor in the whole Philippines. I will fight for the city of my ancestors and childhood dreams,” he added.

La Viña, who has the support of the camps of former city mayor Vicente ‘Dongko’ Emano and former Cagayan de Oro Rep. Rufus Rodriguez, is set to file his certificate of candidacy later today, Wednesday. /muf