Enrile: ‘Only God knows’ if I am immortal | Inquirer News

Enrile: ‘Only God knows’ if I am immortal 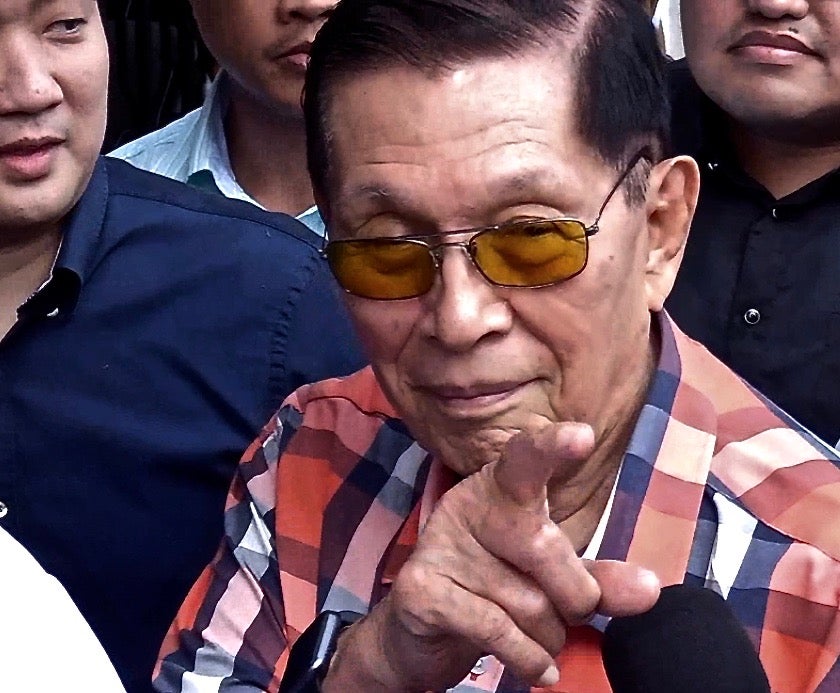 As he showed up at the Commission on Elections in Intramuros to re-file his certificate of candidacy (COC) on Wednesday, Enrile attempts to prove he still has the forte to embark on a return to the Senate.

Enrile decided to run for senator as he wants “to join the fun” in next year’s midterm elections.

Enrile was asked if he has got any secret for still gunning for a fifth term in the Senate at the age of 94.

“I am not saying I am immortal but only God knows,” he told reporters in a press briefing after re-filing his COC, which now indicates he is running for senator under the Pwersa ng Masang Pilipino (PMP) party of former President Joseph Estrada.

Enrile, who has been in politics for decades, said he even wants to live longer.

“I hope I will reach 110. You know in life, you cannot control your number of years on this planet,” he noted.

Enrile then recalled about his stay in Camp Crame, Quezon City, where he was detained for plunder after being tagged as one of the three senators allegedly involved in the P10-billion pork barrel scam unveiled to the public in 2013.

“My little room was so limited that I could not exercise,” noted Enrile, who was only allowed to post bail after the Supreme Court considered his age and health condition.

He said he could have been dead by now if he stayed longer in that facility.

Enrile was then asked if his doctor gave him clearance to run for senator in 2019. The former Senate President replied: “My blood pressure is 120/60. What is your blood pressure?”  /kga