President Rodrigo Duterte has created an inter-agency committee to review the inventory of exceptions under Executive Order No. 2 which implemented the freedom of information in the executive branch.

Executive Secretary Salvador Medialdea, by the authority of the President, signed Memorandum No. 49 signed on October 10 but was released only to the media on Wednesday.

The memorandum stated that an inter-agency freedom of information policy exceptions committee was created “to review the inventory of exceptions under EO No. 2, and periodically update the list of exceptions to properly reflect any change in the existing laws and jurisprudence.”

Duterte signed on July 23, 2016 Executive Order No. 2 mandating government agencies under the executive branch “full public disclosure” of government information under his freedom of information order.

The committee will be chaired by the Department of Justice and the Office of the Solicitor General while the members include the Presidential Communications Operations Office, Office of the Government Corporate Counsel and the National Privacy Commission. /muf 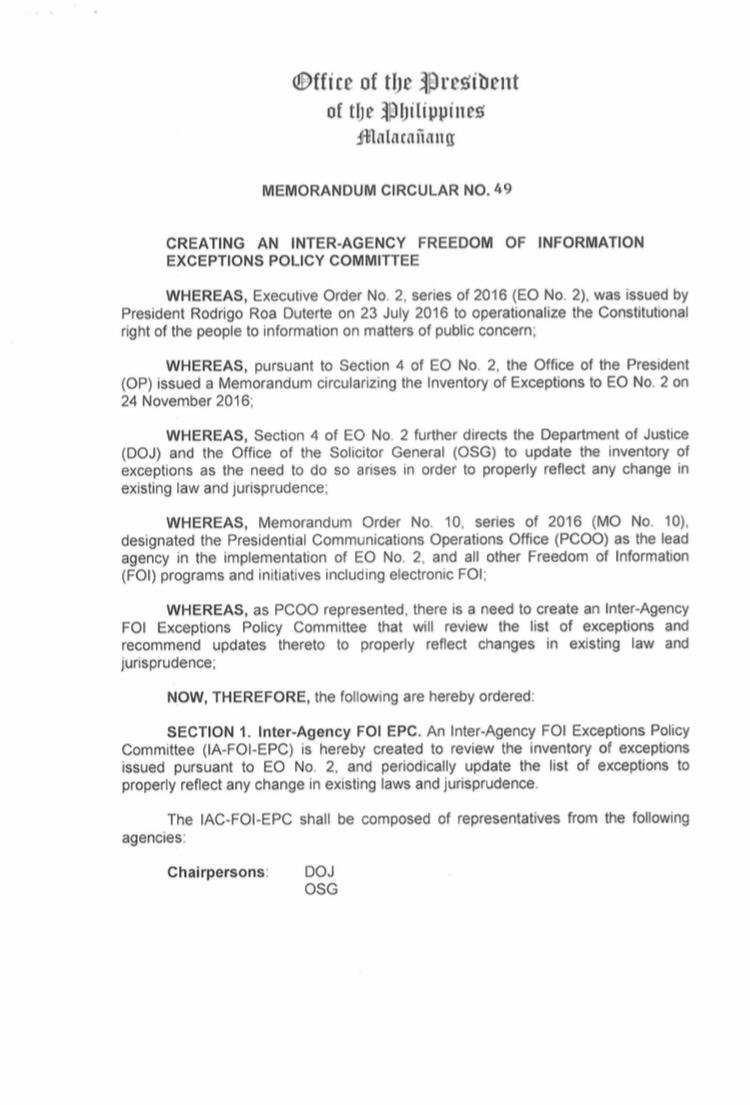 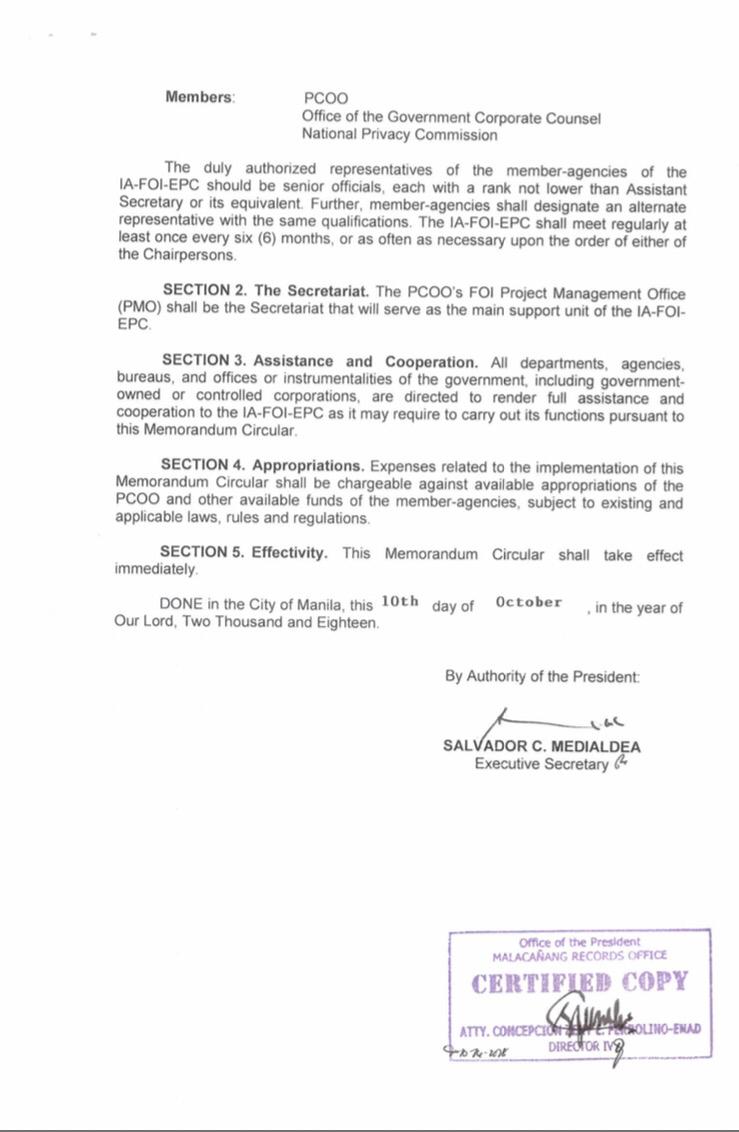