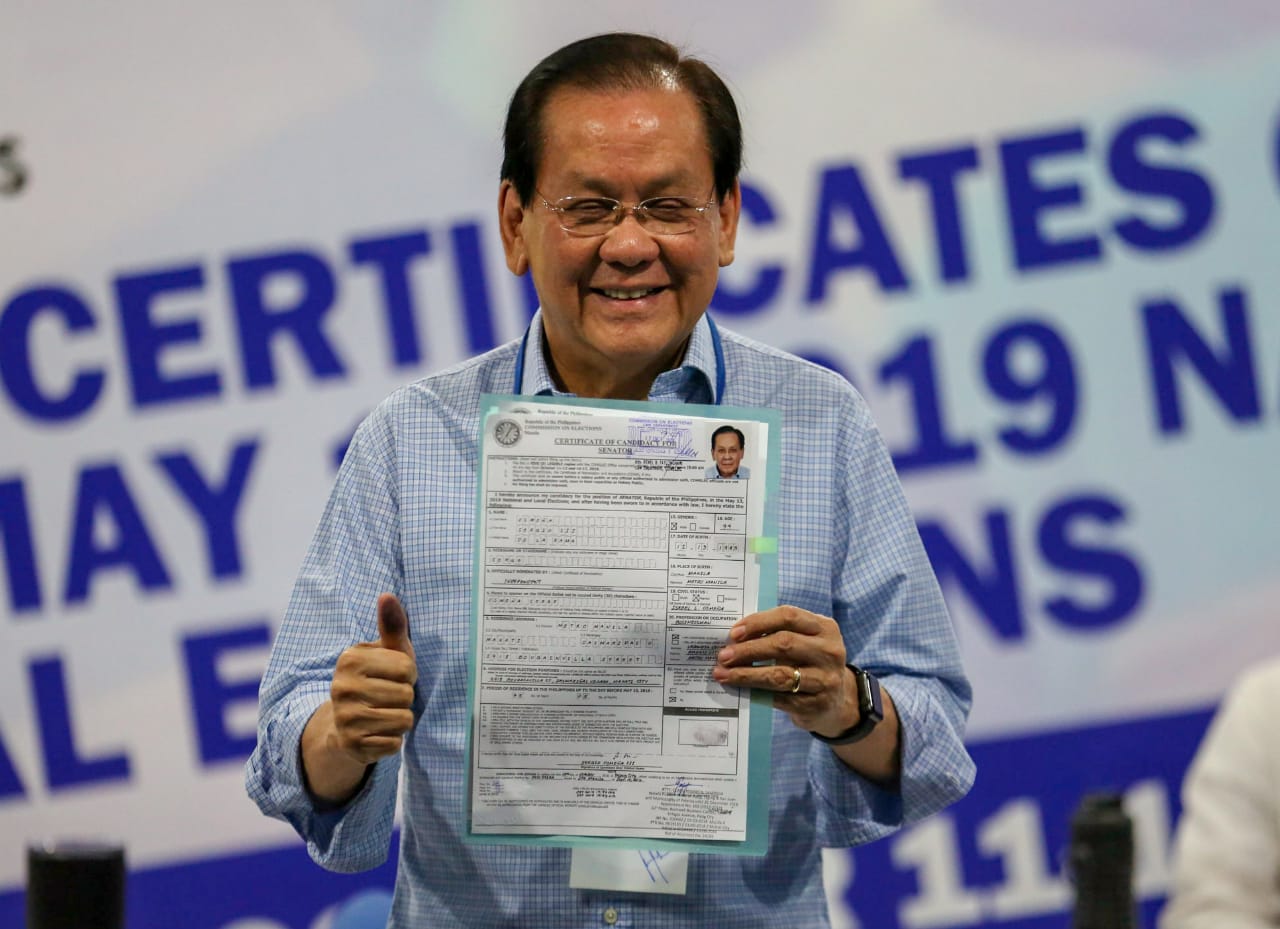 Former senator Sergio Osmeña III will again gun for Senate seat in the 2019 polls as he filed his certificate of candidacy (COC) before the Commission on Elections (Comelec) main office on Wednesday.

The grandson of former Philippine President Sergio Osmeña also ran for Senate reelection in the 2016 elections but lost.