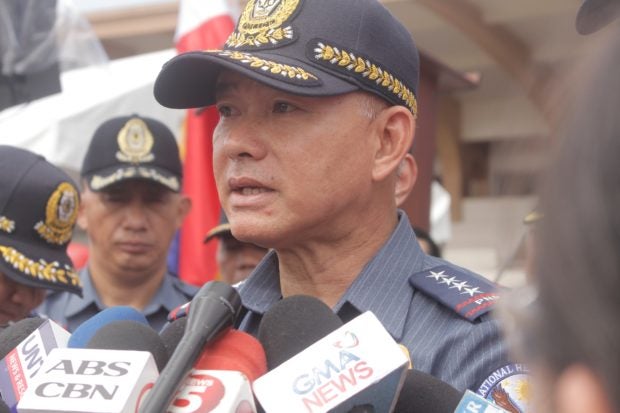 According to Albayalde, the assignment of police and Armed Forces of the Philippines (AFP) soldiers to election watchlist of areas (EWAs) is not enough reason to be involved in the upcoming 2019 midterm elections.

(We will put security for different candidates, particularly in the critical areas and the EWAs; but this is not an excuse for them to carry ballot boxes or any other election paraphernalia.)

(Remember that the only people who can touch these are election officers, not even the AFP is authorized to touch them, not unless there is a specific request coming from Comelec officials.)

On Monday, Albayalde said that the provinces of Abra, Masbate, both Lanao provinces, and Zamboanga del Norte may be included in the PNP’s list of election hotspots.  He also assured that the police are making preparations ahead of the elections, to minimize the possibilities of election-related violence.

“Even before the PNP is officially deputized by the Comelec to assume election duties for the upcoming May 2019 midterm elections, we already made concrete initiatives to proactively respond to the policy direction set by President Rodrigo Duterte,” he explained.

Numbers from PNP said that since August, 82 gun-for-hire syndicate members and 47 members of private armed groups (PAGs) have been killed.  At least 35 firearms were confiscated from gun-for-hire groups, and 19 different firearms from PAGs.

Speaking of elections, Albayalde also said that the JPSCC is also monitoring the activities of rebels from the Communist Party of the Philippines – New People’s Army (CPP-NPA), specifically the alleged practice of collecting revolutionary taxes from running candidates, in exchange for not harming them.

“‘Yong pagkolekta ng (The collection of the) revolutionary tax, or campaign fee, or permit to campaign fee, that’s why we have this JPSCC as early as now to address this activities of CPP-NPA-NDF,” Albayalde explained. /je