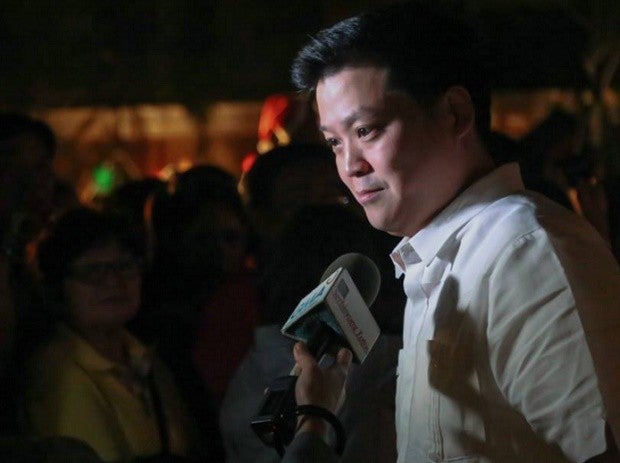 Residents of Valenzuela city beware of fake building inspectors, who are asking for bribes of up to P30,000 in exchange for non-issuance of violations, the local government warned Monday.

Valenzuela City Mayor Rex Gatchalian and building official Arch. Edison Padilla said three men posing as inspectors of the City Engineering Office have been making the rounds of ongoing construction works in the city in the past weeks.

“Warning! These people are pretending to be building inspectors of city hall… they are going around pretending to be inspecting buildings then asking for money,” Gatchalian wrote on Twitter.

“That ID is not our ID…nor do our people do inspections not wearing our standard white and red uniforms,” he continued.

Gatchalian said Padilla got the complaints from three constituents who were victimized by the scam last week. The group of scammers was last spotted in Barangay Gen. T. de Leon, Padilla said.

“These people will go to establishments and ask to see building permits. If they cannot produce the permits they will ask for money instead,” Gatchalian told INQUIRER.net in a text message.

Padilla likewise confirmed these incidents also happened last year. He said if the target or owner failed to present their building permits, the fake inspectors would “ask for P30,000 in exchange for non-issuance of any notice of violation.”

Gatchalian said the police have already been notified about the scam and they are now monitoring the areas where the complaints came from.

“We are also blasting advisories to warn our constituents not to fall into the scam and to report to us asap (as soon as possible),” he added.

Padilla reminded residents that during legitimate inspections, a mission order should be presented by inspectors wearing prescribed uniform and IDs. They must also use official service vehicles and not private cars.

“And we don’t ask for money in exchange for NON-Issuance of Violation ticket,” he stressed. /kga

ADVERTISEMENT
Read Next
Duterte did not authorize ‘unimpeded importation’ of rice — Piñol
EDITORS' PICK
Experience clearer calls nationwide with Smart VoLTE
Lorenzana orders review of protocol in handling slain rebels’ remains
PNP probing influx of marijuana in NCR, adjacent provinces
Duterte: May Bonifacio inspire all Filipinos amid COVID-19 pandemic
Arthaland’s property management arm utilizes Amazon Web Services to enhance delivery of service
Smart Prepaid encourages the youth to take their passions to the next level and ‘Live GIGA’
MOST READ
‘What is mine is hers,’ says Matteo on sharing finances with his Popstar Royalty wife
Lorenzana orders review of protocol in handling slain rebels’ remains
DOF to PITC: Return P1 billion in interest on ‘idle’ funds
23 police officials get new assignments in PNP’s latest reshuffle
Don't miss out on the latest news and information.