Puyat warns tourists vs transacting with unaccredited hotels in Boracay 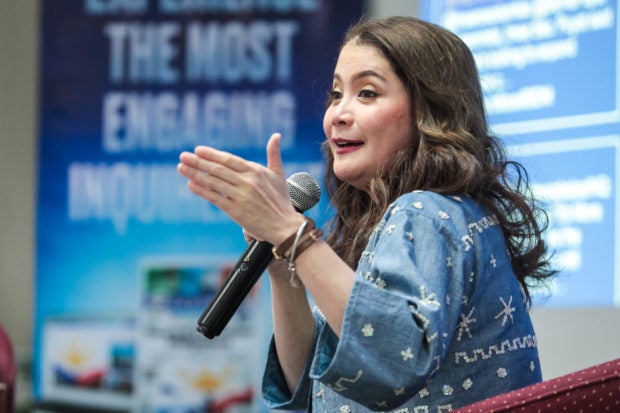 Department of Tourism (DOT) Secretary Bernadette Romulo-Puyat has warned tourists against transacting with unaccredited hotels, which could leave some visitors without proper accommodation.

(A lot of them who aren’t on the list were still accepting reservations, that’s wrong, and they’re accepting payments. They’re not on the list, so what will happen is when they arrive in Boracay, they won’t have a place to stay.)

Puyat, who is currently in Boracay for the resort island’s dry-run, said that only 68 of the 455 establishments were allowed to operate once Boracay re-opens.

(We allowed to them to open because they’re 100 percent compliant with rules on the environment. We don’t want to have a repeat of others who have an ECC but turns out these were fake.)

Boracay island, which President Rodrigo Duterte had called a “cesspool,” was ordered closed on April 2018. After the move displaced thousands of workers on the island, critics slammed the administration for its inability to produce a concrete plan.

According to Puyat, the beach waters in Boracay are already clean days before its soft opening.

(Awhile ago, I was wading in the water, I could see my feet underwater. That’s how clean the water is now.)

The secretary also said that residents are happy with the rehabilitation, saying that it is similar to Boracay before it was urbanized.

(I was speaking with those who grew up here in Boracay, and they told me that this was the Boracay they grew up in.)

(When you would go to Boracay before, many naysayers would tell you that “Oh you should have seen Boracay before when there was no electricity”; now, when people come here, that’s what they’ll see.) /je