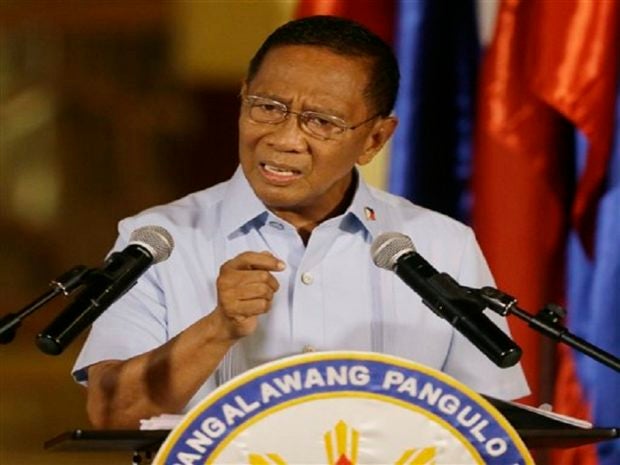 Former Vice President Jejomary Binay said on Monday that he would not intervene in the mayoral rivalry of his two children for the 2019 midterm elections.

Binay, who also served as Makati mayor before becoming VP, said he respected the decision of his children Abby and Junjun to run against each other for Makati’s top post and that he would leave it up to the people to choose.

The former VP said both his children already proved their competence in government service.

His daughter, Abby, is seeking reelection under the banner of the United Nationalist Alliance (UNA) and his son, former Mayor Junjun, will run under Una ang Makati (UAM).

Both have not filed their certificates of candidacy as of posting.

Binay bared that they have agreed that during the campaign period, Abby and Junjun would only discuss their platforms.

They also agreed to avoid hurtful statements against each other.

RELATED STORIES:
No talking between Abby Binay, Junjun since 2015
Emotional Abby Binay appeals to Junjun for chance
Binay siblings to each his own style of governance