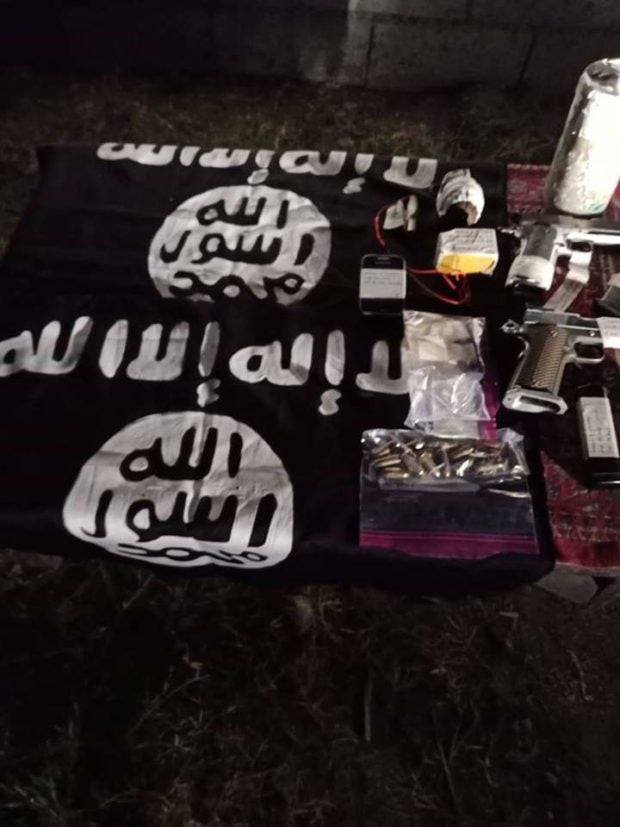 DIGOS CITY – Two suspected members of the terror group ISIS allegedly operating in the Southern parts of Mindanao were killed in separate raids shortly before midnight on Sunday.

A joint team of law enforcers armed with search warrants stormed Barangays Lapulabao and Aplaya, both in Hagonoy, Davao del Sur around 11:20 p.m. on October 14 where a firefight ensued when the suspects allegedly fired at the approaching law enforcers.

Both were declared dead on arrival at the hospital.

The raiding team who went to the resident of Norhan at Purok 6, in Barangay Lapulabao recovered a .45 caliber pistol M1911 A1 with Serial Number 532861 with one piece magazine and six live ammunitions; 2 fragmentation grenades; one improvised explosive device (EID); and two pieces of ISIS flags.

CIDG provincial team leader Chief Insp. Francis Sonza said the suspects were among alleged members of the ISIS who are planning to conduct bombing activities in Davao City and General Santos City.