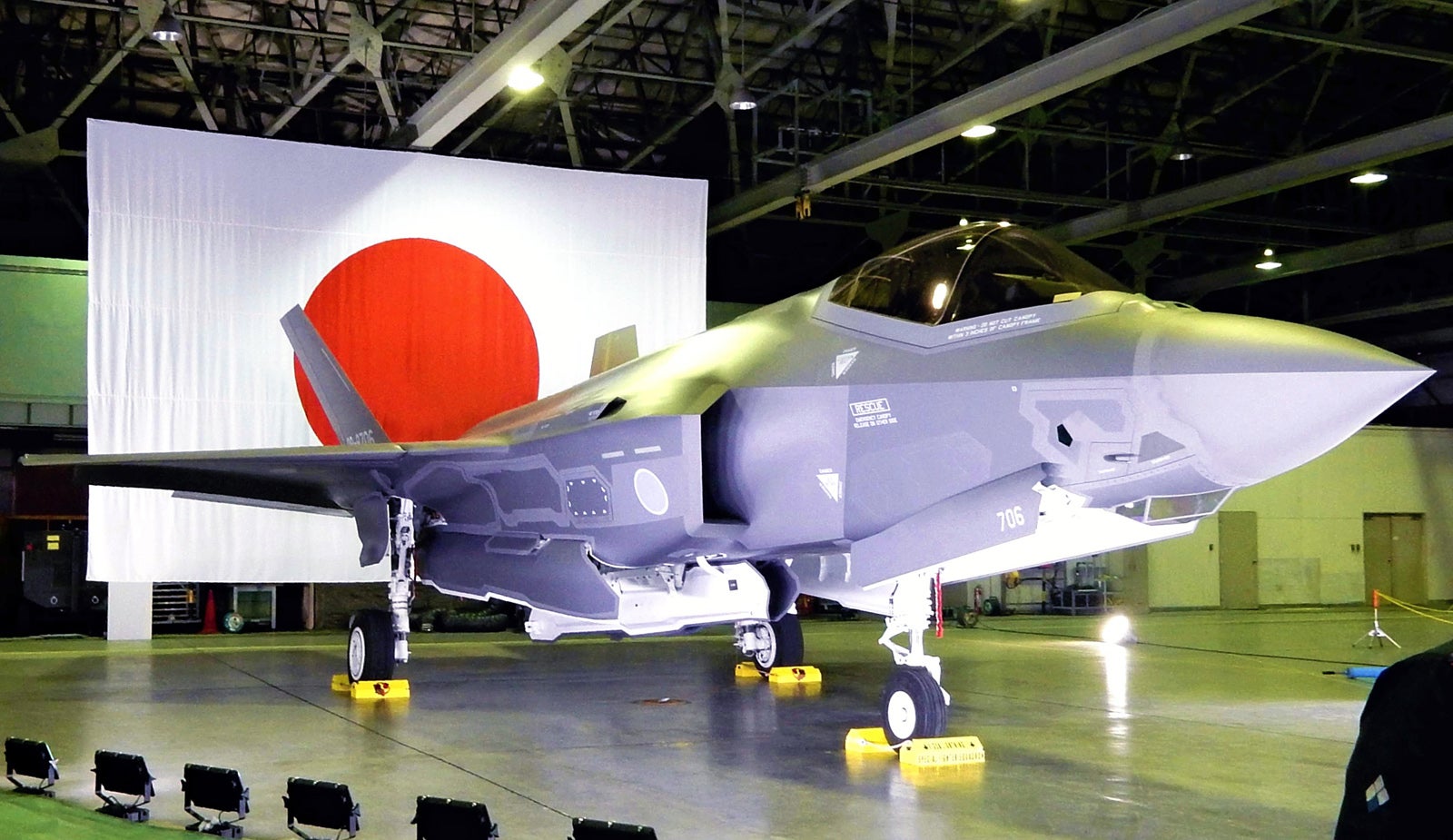 TOKYO — The government is considering procuring about 20 additional F-35A stealth fighter jets for the Air Self-Defense Force, starting from as early as fiscal 2020, in a bid to counter China’s rapidly expanding air power, The Yomiuri Shimbun has learned.

The procurement plan will be stated in the next Medium Term Defense Program for fiscal 2019-23, which is slated to be compiled by the end of this year, according to sources close to the government. The newly acquired aircraft will be added to the F-35As to be deployed based on the government’s current plan, establishing the fleet of about 60 F-35As. Twenty fighter jets normally constitute a squadron.

Such ASDF facilities as Nyutabaru Air Base in Miyazaki Prefecture and Hyakuri Air Base in Ibaraki Prefecture are under consideration as possible bases to station the new fighters some time around fiscal 2024-27. Nyutabaru would help strengthen Japan’s defense posture in the nation’s southwestern area vis-a-vis China. The government plans to narrow down the list of possible deployment sites by the end of this year.

Based on its existing plan, the government is introducing the state-of-the-art stealth jets to replace the aging F-4 fighters, with a view to deploying 42 F-35As by fiscal 2024. The first F-35A was deployed at Misawa Air Base in Aomori Prefecture in January. Each new F-35A costs about ¥15.3 billion ($140 million), according to the fiscal 2019 budget requests.

Meanwhile, the additional 20 F-35As are expected to partly replace a current fleet of about 200 F-15s — not the F-4 — which are Japan’s main fighters. About 100 F-15s will be substituted as their capabilities are deemed to be difficult to improve.

The F-35A stealth fighter jet, categorized as the most up-to-date “fifth generation,” is utilized for a variety of objectives such as anti-air, anti-surface and anti-ship combat, and electronic warfare. The government plans to install JSM long-range cruise missiles — which have a range of about 500 kilometers — on the stealth jet to counter China’s long-range strike capability.

According to the Defense Ministry, the number of Chinese fighter jets of the fourth and fifth generations has reached 852, almost doubling its figure from 2011, whereas Japan had only 302 as of September this year. Beijing is currently said to have its own fleet of six fifth-generation Chengdu J-20 stealth fighters, according to sources.

Tokyo is also considering acquiring the F-35B, which is capable of making short takeoffs and vertical landings. The new aircraft is expected to strengthen the nation’s capability to defend its remote islands as these features make it possible to use airports with relatively short runways, although it is undecided when it will be acquired.