JV using ‘Estrada’ in 2019 polls a risk; Comelec explains why 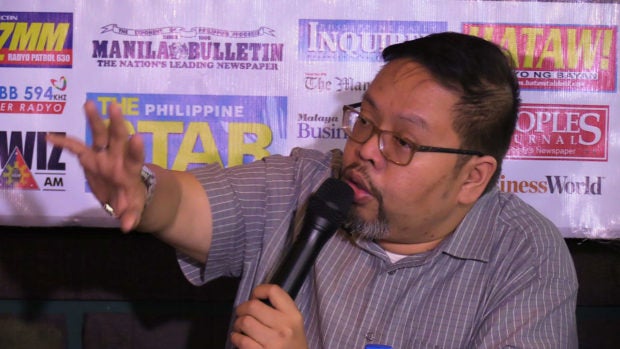 If Senator JV Ejercito decides to use “Estrada” — his father’s last name — for the ballot in the 2019 midterm elections, he could most likely face a big problem.

Commission on Elections (Comelec) Spokesperson James Jimenez explained Friday that there’s a possibility that Ejercito could be declared a “nuisance” candidate if someone contests his use of the Estrada surname.

Ejercito is a son of former President and now Manila Mayor Joseph Estrada with San Juan City Mayor Guia Gomez. But his half-brother, Jinggoy Estrada, also declared eyeing a Senate seat in the 2019 elections as well.

“If he does put Estrada, is someone gonna complain? That’s not for us to decide,” Jimenez noted in an interview by ANC’s “Headstart.”

When asked whether Ejercito’s half-brother could lodge the complaint against his use of the Estrada surname, Jimenez said:“That’s what Secretary Alan Peter Cayetano did when someone filed a COC saying his name was ‘Peter Cayetano.’ That’s one of the grounds for nuisance.”

“This is a sitting senator, someone you know, but again, someone might have a … claim to say that that’s not his actual name, he’s not known as that. It’s something that can happen,” he added.

Ejercito plans to use “Estrada” as nickname when he files his certificate of candidacy in his reelection bid to the Senate in 2019.

He ranked 14th in a September survey by the Social Weather Stations (SWS) on senatorial preferences, and landed between 11th-17th in a Pulse Asia survey also  conducted in September.