US military moves command center as Hurricane Michael bears down 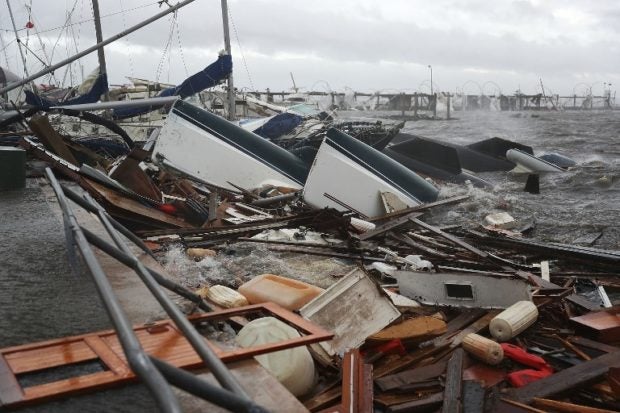 Boats are seen in a pile of rubble after hurricane Michael passed through the downtown area on October 10, 2018, in Panama City, Florida. The hurricane hit the Florida Panhandle as a category 4 storm. AFP

WASHINGTON, United States – The US Air Force shuttered a command-and-control center as Hurricane Michael tore into the Florida coast, a top general said Wednesday, as the military mobilized thousands of troops to help tackle the monster storm’s impact.

“Before the storm ever arrived we’d actually transferred command and control capability to another facility,” O’Shaughnessy told Pentagon reporters.

Tyndall is a major facility for protecting the air space over the continental United States, US Virgin Islands and Puerto Rico.

The four-star general added that some Florida residents may have been surprised by the rapid growth of the storm.

“Where that becomes a factor is with the evacuation of some of the local populations,” he said.

“We haven’t seen as robust of an evacuation response from the civilian population that we have seen in other storms.”

O’Shaughnessy said 2,216 active duty personnel had been pre-positioned ahead of the storm, along with 32 helicopters, 240 high-water vehicles and 32 swift water boats.

Thousands of National Guardsmen were also at the ready. /cbb