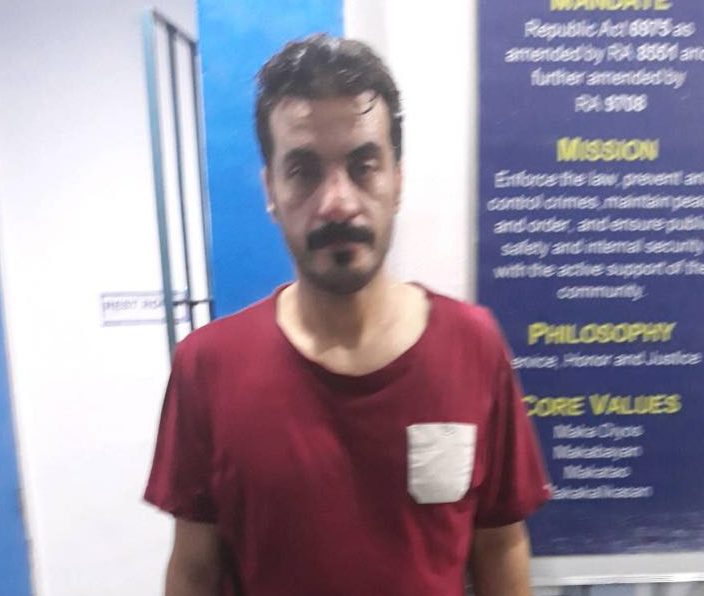 A Saudi Arabian national was arrested by authorities  early Wednesday morning after he allegedly tried to rape a masseuse in Makati City.

Reports from the Southern Police District (SPD) said suspect Almutairi Muteb Ateeo Allah, 44, a tourist billeted at the St. Giles Hotel in Barangay Poblacion, Makati City, hired the victim for a massage session inside his room on Tuesday night.

Police said that at around midnight, Almutairi, who had been drinking heavily, allegedly asked the masseuse to stay for around two more hours.  When the victim declined, the suspect tried to undress her and force himself on her, while touching the sensitive parts of her body.

After the victim managed to run away from the room, the suspect went to the lobby and created a commotion.  A security personnel of the hotel tried to restrain the suspect but he was instead slapped by the foreigner.

Almutairi, who is now under the custody of Makati City Police, will face complaints for estafa, attempted rape, physical injury, alarm and scandal, and resisting arrest, police said. /muf