Unicef report: Many children in PH are still deprived of basic rights 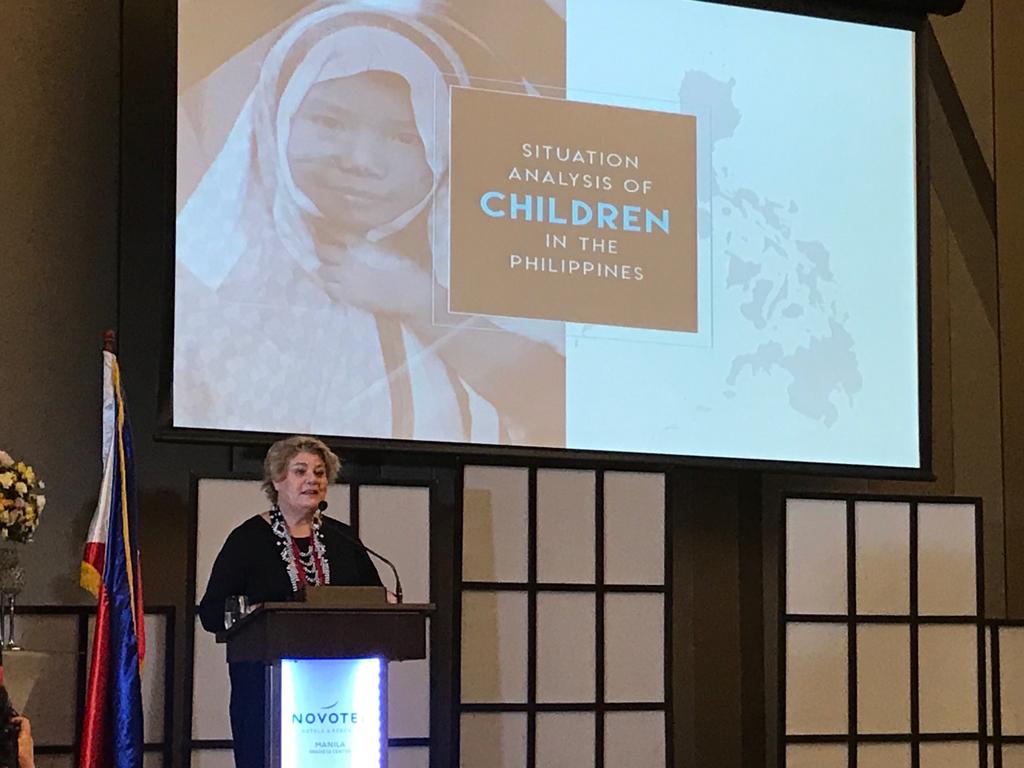 In its situation analysis report released on Tuesday, the United Nations Children’s Fund (Unicef) has found that Filipino children are still being deprived of basic rights such as access to good health and nutrition, education, social protection and child protection.

“We were hard at work for the last year and a half at Unicef to put in together the situation analysis of Filipino children. and the results of our analysis show we are still a long way to go to help get children the best possible start in life,” Unicef Philippines Representative Lotta Sylwander said during the launch of the report.

The report, which was done in collaboration with several government agencies such as the National Economic Development Authority (Neda) and the Department of Social Welfare and Development (DSWD), provides data on the current situation of children in the Philippines.

The study, basing on data gathered in 2017, revealed that 3 out of 10 Filipino children nationwide still live below poverty line. It also found that 63.1 percent of children in the Autonomous Region in Muslim Mindanao are living below the poverty line.

Unicef said poor nutrition remains to be a major problem in very young children as the study found that 33 percent of children are short for their age due to malnutrition while 21 percent are underweight.

Unicef also reported that child immunization coverage in the Philippines has dropped from 89 percent to 60 percent between 2013 and 2015.

Unicef said the access of FIlipino children to education remains limited with an estimated 2.85 million children from the ages of 5 to 15 years still out of school. In 2015, the enrolment rate was only 91.05 percent at primary schools and 68.15 percent at secondary schools.

Meanwhile, only 83.4 percent of those enrolled in primary schools and 73.9 enrolled children in secondary schools have actually completed their schooling, Unicef said.

Almost 11.8 percent of children from the ages of 13 to 17 are affected by collective violence; 6.8 percent have experience destruction of their homes and 9 percent have seen people being shot, bombs exploding, and fighting or rioting.

Unicef also noted that cyberviolence has emerged as a serious threat as the country becomes a source, transit and destination country for commercial exploitation and trafficking.

Unicef said that with these findings could serve as guidelines for government agencies and different organizations in addressing the key issues the country concerning the rights and protection of children.

“The situation analysis will guide the Philippines to address key issues such as how to channel the dividends of economic growth to every Filipino child,” Sylwander said.

DSWD Assistant Secretary Glenda Relova stressed the government’s commitment in protecting the rights and welfare of the Filipino children and expressed that the study would help the government come up with policies to address the issues tackled in the report.

“We recognize that some of the government efforts are still fragmented specifically on the grassroots level. With this report, we were able to identify basic priorities and the gaps we need to address in order for us to formulate policies specifically on how to focus our technical assistance to the local government units,” Relova said during the press conference at the Novotel Hotel in Quezon City.

“On our end, the DWSD is very much committed in delivering the protection of children on the policy level,” she added.

Neda Assistant Secretary Carlo Abad Santos emphasized that the report will serve as a “lens” by which the government will use in addressing the prevalent issues that Filipino children currently face.

“I think what’s important with this report is that we have a cross-cutting view of children across the different sectors in terms of educations, health and vulnerabilities. it will make intervention sharper and it will also force us to enhance initiatives across government agencies,”

“It will make the Philippine development plan sharper and it’s going to give us a lens for children in addressing and in coming up with different initiatives for the whole of government and different agencies,” he added.  /muf