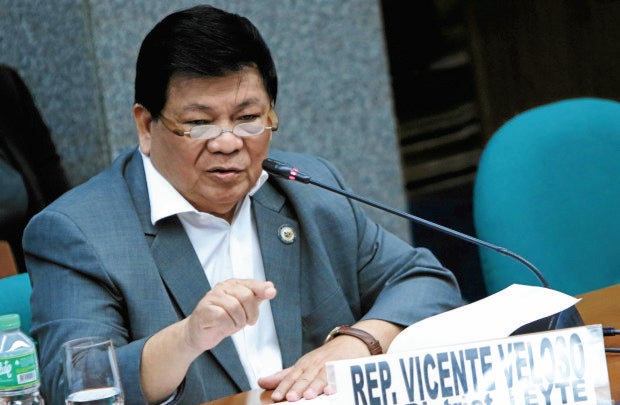 “It (the Constitution) does not say that we (House and Senate) should convene jointly at a particular place, wala,” Veloso said in a press briefing, referring to the chamber’s move to revise the 30-year-old Philippine charter and push for the shift to a federal form of government.

“Let’s approach it like legislating a statute… The House will do its share, the Senate will do its share, in case of differences, we’ll reconcile sa bicam (bicameral conference),” he added. “At least kami, it cannot be said that we’re wasting people’s money.”

Citing House Concurrent Resolution No. 9, filed last January 18, Veloso said the House has already convened itself into a Con-ass and functioning as such to amend the 1987
Constitution.

House Concurrent Resolution No. 9 convenes Congress into a Con-ass and proposes joint voting of the Senate and House to revise the prevailing Charter.

“Resolution 9 has already defined what we’re doing as a constituent assembly,” Veloso noted.

The lawmaker also said the Constitution does not say that the resolution has to be acted upon by the Senate.

Veloso then said they hope to finish the draft federal charter by February.

The draft federal charter of the lower chamber has already been introduced before the House plenary on Monday.

The draft proposes a presidential-bicameral-federal system of government.

The draft federal charter, however, was noted to be lacking in provisions that would regulate political dynasties and turncoatism. /kga