Governor: Limo that crashed shouldn’t have been on the road 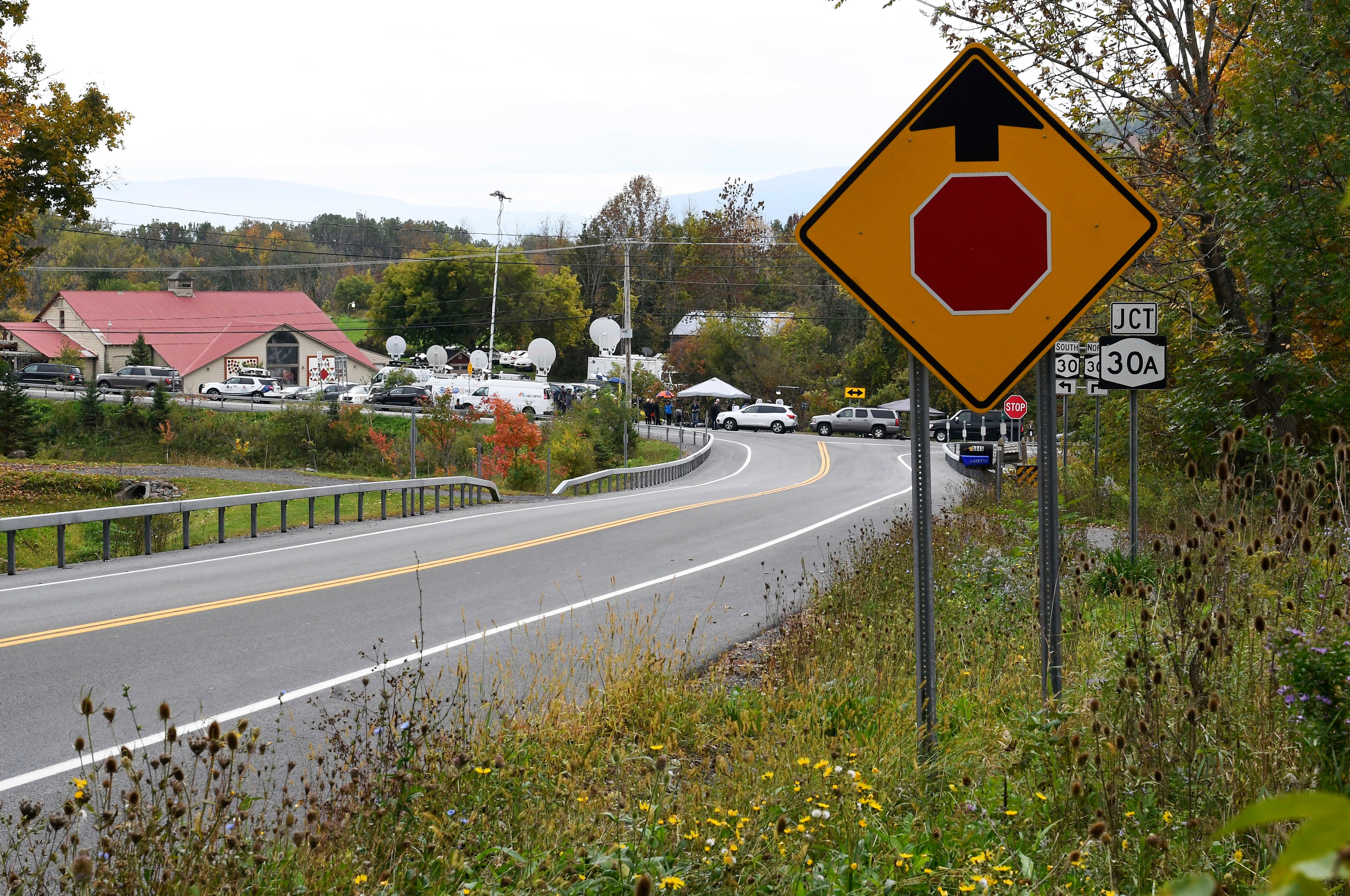 SCHOHARIE, New York — The supersized limousine that crashed and killed 20 people outside a country store failed a safety inspection last month and shouldn’t have been on the road, and the driver wasn’t properly licensed, New York’s governor said Monday.

The state moved to shut down the owner, Prestige Limousine, as state and federal authorities investigated the cause of Saturday’s wreck in Schoharie.

The crash about 170 miles north of New York City came three years after another deadly stretch-limo wreck in New York state spurred calls for Gov. Andrew Cuomo to examine such vehicles’ safety. There is no evidence the state took any steps to do so.

As victims’ relatives tried to come to grips with the tragedy that happened as a group of friends and family were on their way to a 30th birthday party, authorities had yet to say how fast the limo was going or determine what caused it to run a stop sign.

The 19-seater vehicle had at least some seat belts, but it was unclear whether anyone was wearing them, National Transportation Safety Board Chairman Robert Sumwalt said.

Investigators plan to examine the mangled limo’s data recorders and mechanical systems as well as the road, which has a history as a danger spot. They are also looking into the driver’s record and qualifications and conducting an autopsy to see if drugs or alcohol were factors.

But officials already saw some red flags, Cuomo said: The driver didn’t have the necessary commercial license, and the vehicle failed a state inspection that examined such things as the chassis, suspension and brakes.

“In my opinion, the owner of this company had no business putting a failed vehicle on the road,” the governor said while attending a Columbus Day Parade in New York City. “Prestige has a lot of questions to answer.”

He also said the limo — built by cutting apart a heavy-duty SUV and lengthening it — had been created without federal certification, though NTSB officials said they hadn’t yet determined whether the vehicle met federal standards.

A call to Prestige Limousine’s office in Gansevoort went unanswered. Federal records show the company has undergone five inspections in the past two years and had four vehicles pulled from service. State police said Monday that they seized three other cars from Prestige.

Federal transportation records show Prestige is owned by Shahed Hussain, who worked as an informant for the FBI after the Sept. 11 attacks, infiltrating Muslim groups by posing as a terrorist sympathizer in at least three investigations. In one case, he helped convict men accused of plotting to bomb New York synagogues.

His role at the FBI was assailed by civil liberties groups, who accused him of helping the FBI entrap people.

Asked Monday about Hussain, the FBI said it would not confirm or deny who is or is not an informant.

The limousine, built from a 2001 Ford Excursion, ran a stop sign at a T-shaped intersection at the bottom of a hill and slammed into an unoccupied SUV at the Apple Barrel Country Store and Cafe, a popular stop for autumn leaf-peepers.

Investigators have yet to determine whether the driver, whose name has not been released, tried to brake. The wreck left no skid marks investigators could see, but that might be due to misty weather or anti-lock brakes, Sumwalt said.

The wreck killed two pedestrians and all 18 people in the limousine, including four sisters who were headed with friends and relatives to a brewery for a party for one of the sisters.

The four sisters’ aunt, Barbara Douglas, said they had felt “they did the responsible thing getting a limo so they wouldn’t have to drive anywhere.”

“My heart is sunken. It’s in a place where I’ve never felt this type of pain before,” said Karina Halse, who lost her 26-year-old sister Amanda.

A vigil was planned Monday night in Amsterdam, where some victims lived.

The crash appeared to be the deadliest land-vehicle accident in the U.S. since a bus full of Texas nursing home patients fleeing 2005’s Hurricane Rita caught fire, killing 23. Saturday’s wreck was the nation’s deadliest transportation accident of any kind since a 2009 plane crash near Buffalo, New York, killed 50 people.

Limousines built in factories are required to meet stringent safety regulations. But luxury cars that have been converted to limos like the one in Saturday’s crash often lack certain safety components, such as side-impact air bags, reinforced rollover protection bars and accessible emergency exits.

There are few federal regulations governing limos that have been modified after leaving the factory. Regulations often vary by state and even local governments.

“It certainly is the Wild West out there when it comes to limousines and stretch vehicles,” said National Safety Council CEO Deborah A.P. Hersman, who would like to see uniform state limousine regulations across the nation.

Ford said it has never made its own stretch version of the Excursion SUV. The automaker has a program that certifies companies that modify vehicles to Ford specifications, but it was unclear whether the limo in Saturday’s crash was altered by one of those companies.

Large-limo wrecks are relatively few: 12 nationwide between 2012 and 2016, compared with over 157,000 crashes involving all types of vehicles during that period, according to the National Highway Traffic Safety Administration. But some big-limo wrecks caught the public’s attention and prompted pleas for more oversight.

Five women out for a bachelorette party were killed in 2013 when their stretch limo caught fire in Northern California because of friction between the drive shaft and the rear floorboard.

After Comedian Tracy Morgan was seriously injured in a truck-limo van crash in New Jersey in 2014, the NTSB recommended the limousine industry encourage seat belt use in stretch limos, among other suggestions.

After a stretch limousine was T-boned and nearly torn in half on New York’s Long Island in 2015 — killing four women on a winery tour — a special grand jury implored Cuomo to examine the safety of such vehicles.

It appears the task force was never formed, and nearly three years after the grand jury’s recommendation, it was unclear what, if anything, Cuomo’s administration did in response.

“I don’t know if there was a task force set up,” the governor said Monday, while suggesting that Saturday’s crash didn’t necessarily point to a need for more regulation.

“Sometimes, people just don’t follow the law” that already exists, he said. “And that may very well be what happened here.”